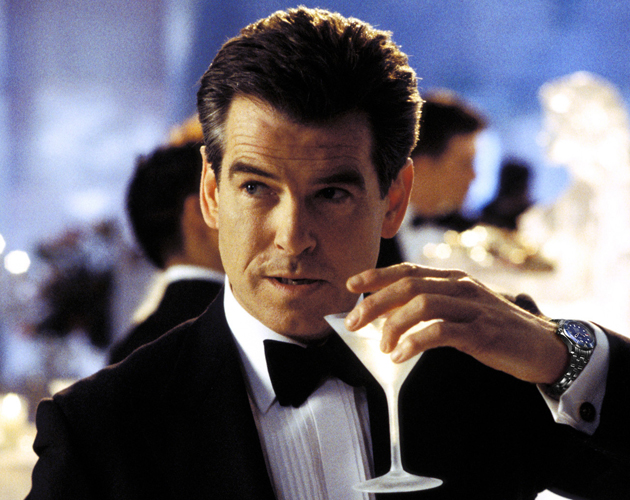 When it comes to styling the world’s most fashionable film hero – and the cast of friends, villains, and lovers that accompany him – Lindy Hemming and Bronwyn Cosgrave are just the ladies to talk to. Co-curators of the Designing 007: Fifty Years of Bond Style exhibit at Toronto’s TIFF Bell Lightbox, Hemming and Cosgrave possess an intimate knowledge of the famed spy: Hemming served as costume designer for five Bond films from 1995 to 2006, while Cosgrave is a noted fashion-design writer and broadcaster.

They recently sat down with Zoomer’s Mike Crisolago to discuss the job of designing 007.

MIKE CRISOLAGO: When you think about James Bond’s style the first word that comes to my mind is ”iconic.”

LINDY HEMMING: Isn’t it the actor inside the clothes that makes that happen? I think the thing is it’s that chemistry. This is what costume design is really. It’s finding the chemistry, finding the way of bringing out the actor’s own charm, sexuality, physicality and acting – character – and using clothes to help them explore that and to help the audience who’s looking at the actor as the character to understand more about who he is. In the case of Bond … your job is to keep him sophisticated, elegant, not fashionably over the top, because then he wouldn’t be able to be a spy. And also, I think you have to make him look like the clothes he’s wearing are his clothes. He has to fit in them and he has to feel comfortable in them and move physically and beautifully in them.

BRONWYN COSGRAVE: The interesting thing about Bond’s style is that it has remained consistent. I mean, the original conduit-cut suit by Anthony Sinclair that Sean Connery wore in Dr. No really was the benchmark. Every tailor that dressed a Bond looked at those suits – at the tuxedo and his suit – as a sartorial reference point … I really do think he has maintained this classic air of masculinity and also been a fashion figure who hasn’t been afraid to take risks with his styles – say, wear a pink tie in Diamonds Are Forever (with) a cream-coloured suit … The costume designers that I’ve interviewed, and with Lindy, they would always get the look books of designers for the season ahead and look and say, “Okay, what can he or she wear that’s going to push it forward?” Because films come out two years after they’re made, you’re always looking to the future.

MC: You must have felt quite a bit of pressure, Lindy, when you took on the role of Bond’s costume designer.

MC: You’ve mentioned before that it’s not just Bond’s style you’re designing but also the Bond villains and Bond girls as well.

LH: The great fun in Bond is to do the villainous ladies, obviously, and the villainous men. But especially the ladies, because usually these days they’ve written in the script a lovely character development so that you don’t know who they are at the beginning and they become bad or vice versa. So making them a wardrobe of clothes and designing them with the actor and the director is one of the joys of doing Bond.

BC: The Dr. No jacket – we recreated that jacket [for the exhibit] because, actually, it is like the Anthony Sinclair suit – that jacket has served as a reference point for all the Bond villains. Bond villains are never wearing a suit and tie … There’s always this reference point, but then it continues on and is tweaked to be contemporary.

BC: The thing is [the films] are action adventures so the clothes had to be clothes that could move. Feminists have always lamented that women in Bond films, their skirts are slit to the thigh. Well, that’s so they could run faster at a moment’s notice. Or the wonderful dress we have – the Carey Lowell rip-away hem dress – which is in the casino from License to Kill. She whipped off the bottom of her skirt because she was concealing a gun underneath it. And it became like a knee-length dress, and she could run. So yeah, definitely they’re functional

MC: As a curator, what do you hope people discover about Bond or what it takes to design and style Bond from this exhibit?

BC: We were tasked with creating a retrospective, but we didn’t want it to be nostalgic. We wanted it to be modern … These pieces are displayed as artifacts, which is rare because production design drawings aren’t necessarily that. But then when you look at the talent behind these films, they really did attain a cultural relevance … The great thing for film buffs is the storyboards…It really will convey how a film is made. Hopefully, the cumulative experience is that people will walk away understanding the complexity of production design.