Learning from ‘Lincoln’ with Sally Field 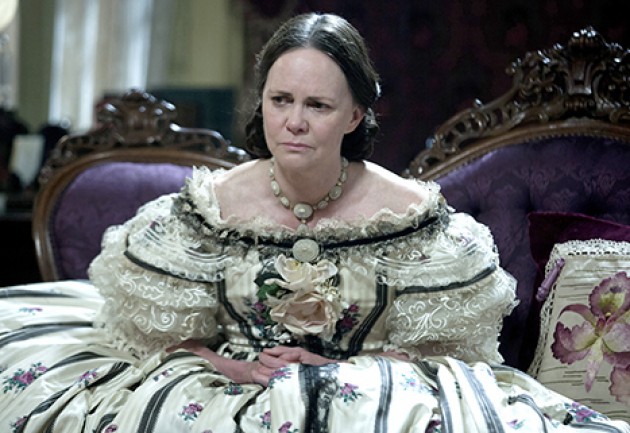 Sally Field plucked a few berries from a neatly placed napkin on the table and eased into her hotel chair. Over her shoulder, the grey Toronto skyline reflected the chill in the November air.

“I like this weather,” the two-time Oscar winner laughed when I compared it to the climate in her native California. “It’s too hot there, if you haven’t heard.”

Field’s enjoyment Toronto’s wintry weather was short-lived – she flew in and out of the city in 24 hours. That’s not surprising, considering the following day marked two important occasions: her 66th birthday and the 2012 United States Presidential Election.

In person sans make-up, Field looks nowhere near her 66th year. She’s known, of course, for taking on a wide spectrum of intriguing roles – from surfer girl Gidget to a multiple personality sufferer Sybil, to union activist Norma Rae and struggling widow Edna Spalding in Places in the Heart (the latter two each nabbed her an Academy Award) all the way to Forrest Gump’s mother. As we spoke, the conversation surrounding her latest film, Lincoln, in which she plays first lady Mary Todd Lincoln, turned to lessons the current crop of American politicos could learn from Honest Abe and his contemporaries.

“I do think the film has a lot to say about democracy, and it says it so beautifully,” Field said. “It is messy. And it is loud. And it is clumsy. It is painstaking and it is frustrating. It isn’t a clean line, and I think you go away with that realization.”

Still, such as it was in Abraham Lincoln’s time, the United States of today is a nation clearly divided.

In the film, set in the months leading up to the president’s fateful Good Friday outing to Ford’s Theatre, the president attempts to try and unify the northern and southern states at the end of the Civil War while also campaigning for votes in favour of the Thirteenth Amendment to abolish slavery.

Today the Civil War is in the care of historians, and the country’s gone from the ending slavery to re-electing the first African-American president. Debate over amendments has given way to the scramble to avoid falling over a fiscal cliff, plummeting unemployment rates and bickering over tax breaks and ObamaCare.

When Field points to “the people – the politicians who are locking horns and sure that this side is right or that side is right,” she really could be talking about either Lincoln’s or Obama’s America.

In 2008, Field endorsed Hillary Clinton for the Democratic presidential nomination. On Nov. 6th of this year, her birthday was destined for interruption by a party celebrating either President Barack Obama’s re-election or Mitt Romney’s victory over the incumbent (as it turned out, it was the former). Just three days later, Lincoln hit theatres in the U.S. and Toronto (and opens across Canada today). With the rocky road President Obama’s second term started on (add General David Petraeus’ extra-marital affair and the bizarre twists that threaten to implicate more high-ranking government officials to the aforementioned list of presidential stressors), the Commander-in-Chief may be wise to watch the film and take notes.

“I think what you see [in the film]is that they’re losing the sight of the bigger picture,” Field says, noting that Lincoln instead set his focus, “even above (his initial cause) – [to] saving this idea, this experiment, this United States and democracy.”

That’s not a bad game plan, whether you’re the 16th president or the 44th.