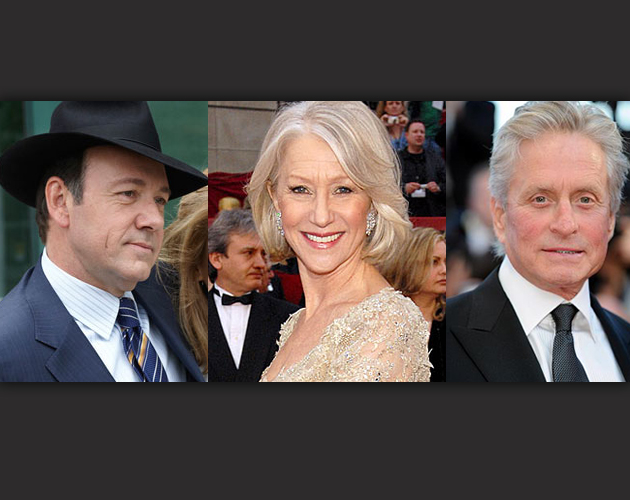 The 2013 Emmy Awards will go down as a pivotal chapter in the history of television and the ongoing splintering of entertainment. House of Cards, the acclaimed Netflix political thriller starring Kevin Spacey and Robyn Wright, is the first online series to be nominated for a major award (it received a nod for Best Drama as well as in eight other categories).

Arrested Development, a show dumped by Fox back in 2006 despite a cult-like fan base, was resurrected by the online streaming service this spring and has garnered three nominations, including a Best Actor nod for its star Jason Bateman.

In 2008, the Academy of Television Arts and Sciences changed the rules to add the Internet as an eligible Emmy platform. There have been online shows nominated before (Web Therapy and 30 Rock: The Webisodes in 2012), but these were under the short-form category.

House of Cards’ competition includes Breaking Bad (AMC), Downton Abbey (PBS), Game of Thrones (HBO), Homeland (Showtime), and Mad Men (AMC). Not surprisingly, four of the five shows in this category are cable network series—a platform we’ve come to expect for groundbreaking dramas. However, not so long ago, this was in fact a novelty. It wasn’t until the 1990s when HBO’s The Larry Sanders Show, The Sopranos, and Sex and the City became huge ratings and cultural mammoths, did cable television become a premiere space for quality TV viewing, and the Academy had no choice but to recognize them for it.

And the other big story? The sheer number of A-list, big screen actors who have made the willing leap to the small screen. The Lead Actor in a Mini Series or Movie category includes Michael Douglas and Matt Damon for Behind the Candelabra, the Liberace feature the major studios all infamously passed on, and Al Pacino in Phil Spector (the film also won a nomination for Helen Mirren for Lead Actress).

Along with Spacey, stars like Kerry Washington (Scandal), Don Cheadle (House of Lies), Claire Danes (Homeland), and Jeff Daniels (The Newsroom) are all flourishing in serial television without a worry about the stigma that once came with the move from the silver screen. Is this a wake-up call to the big studios who have forgone riskier and smaller character-driven stories in favour of blockbusters tricked out with CGI wizardry and rehashed franchises that are more likely to ring in overseas ticket sales?

It is telling that so many actors at the pinnacle of their careers (a time when they can ultimately pick and choose their projects) are choosing television? As Spacey explained in an interview with the Hollywood Reporter last year, “The most interesting plots, the most interesting characters, they are on TV.”

And in a few years, they may very well be online, too.

The awards air September 22 on CBS with Neil Patrick Harris taking on the hosting duties.