Trailer Talk: Springsteen and I, Red 2, The Conjuring 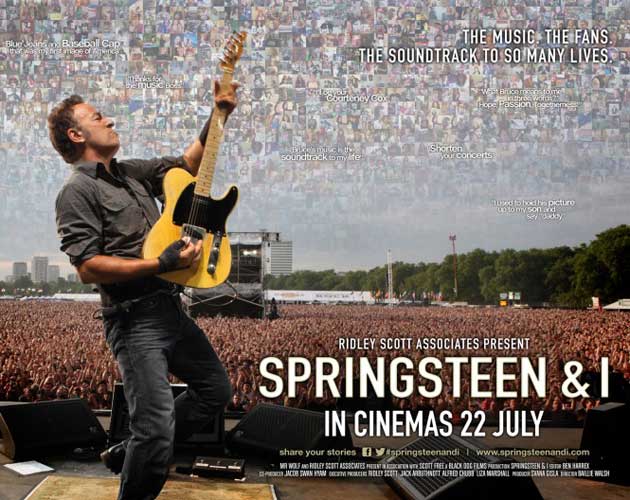 Springsteen and I
A documentary for the people by the people! The movie delves into the life of rock legend Bruce Springsteen and features his most iconic performances, behind-the-scenes archival footage, and video love letters from fans expressing how much his music has influenced their lives.

Based on the trailer… An awesome concert movie that’s right on time considering the political climate we’re weathering lately. We could all use some sing-along wisdom from The Boss and this film will be broadcast simultaneously in cinemas around the world on July 22 so we can all experience it together.

RED 2
In this sequel to 2010’s action-comedy movie RED, former agent Frank Moses (played by Bruce Willis) is trying to lead a normal life when he learns Interpol is hunting him down. He’s dragged back into the game, this time to track down a missing portable nuclear device all while dodging several assassination attempts.

Based on the trailer… A good-time, Saturday night popcorn movie with a stellar cast. Helen Mirren is badass, Catherine Zeta-Jones is sexy, and Bruce Willis is basically John McClane—the later years.

The Conjuring
Before there was Amityville, there was Harrisville, where paranormal investigators Ed and Lorraine Warren (played by Patrick Wilson and Vera Farminga) are called in to help a family who are being terrorized by a demonic spirit in their secluded farmhouse (naturally). The movie claims to be based on a terrifying true story.

Based on the trailer… A classic spook story with the very talented Farminga taking on lead acting duties (these include looking confused, looking concerned, looking frightened and looking mortified!). You should probably sleep with a night light on after this one though. A night light and a stake.