A TIFF Reunion: The Big Chill at 30 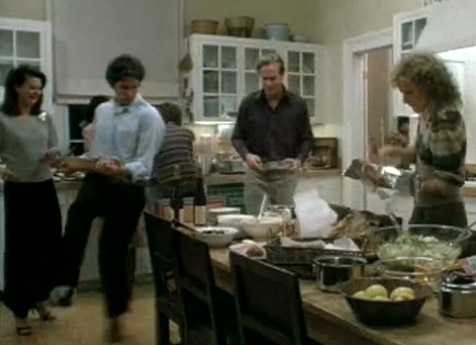 Thirty years ago, the iconic baby boomer movie, The Big Chill, made its worldwide premiere at the Toronto International Film Festival, and this year, among the usual hubbub surrounding the annual event, cast and crew will reunite in celebration of the comedic film’s lasting cultural impact.

Released in 1983, the movie centred on a group of former college pals who come together for the funeral of their longtime friend (the character in question was portrayed by Kevin Costner, but all scenes showing his actual face ended up on the cutting room floor). One of the most memorable elements of the flick was the use of nostalgic Motown classics as a backdrop to the narrative. The soundtrack included songs like “I Heard It Through the Grapevine,” “It’s Just the Same Old Song” and “Natural Woman.”

With the large number of boomers entering their 30s at the time, the movie was a well-timed snapshot of the generation growing up, coming to terms with adulthood and addressing issues like sex, love and friendship (its influence even carried through years later to the angst-y ABC series, Thirtysomething). The ensemble cast included a number of actors who went on to become well-known names including Glenn Close, Jeff Goldblum, William Hurt, Kevin Kline, Tom Berenger and Canadian-American actress Meg Tilly.