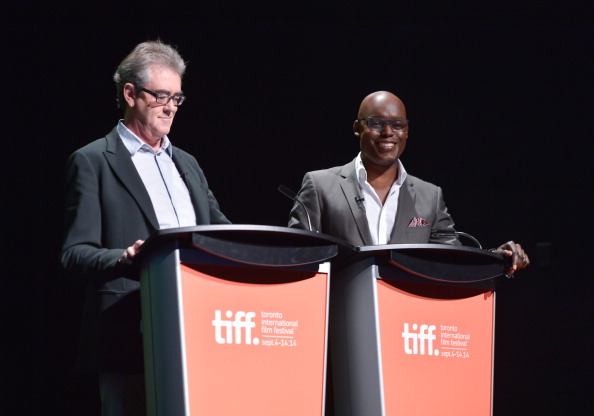 The 39th Toronto International Film Festival rolls back into town this September 4-14, and we’re now in the know about some of the 300+ flicks that will screen there. But, we’re still in the dark about which movie will open the event–in an uncharacteristic move, this information was not confirmed at the press conference.

“We have a lot of movies to watch as you may know and they’re not always ready on our timeline, so we want to make sure we see all of the key possibilities for opening night and that we make the right decision,” Artistic Director Cameron Bailey told media in attendance.

What we do know is that Alan Rickman’s A Little Chaos starring Rickman, Kate Winslet, and Stanley Tucci will toast the event’s closing night gala.

The festival will also include several North American and international premieres (all during the first four days), including Canadian director Jean-Marc Valle’s Wild starring Reese Witherspoon (a movie that, based on the trailer, triggered memories of 2013’s Tracks).

In fact, we’re hoping Witherspoon is one of the stars making the media rounds this fall as she stars in another TIFF film, Quebec director Philippe Falardeau’s The Good Lie about a Sudanese refugee taken in by an American woman in the U.S.

Other intriguing picks include, The Humbling starring Al Pacino as an aging actor who becomes involved with a much younger woman, and the family dramedy This Is Where I Leave You starring Jane Fonda, Jason Bateman, and Tina Fey.

A number of trailers were also screened at today’s press conference, including The Drop, James Gandolfini’s last film before his fatal heart attack last summer. The movie features The Sopranos star as a Brooklyn bartender who gets tangled in a web of money laundering and organized crime.

Although we’ll have to wait until later in the season to get the complete full list of movies (including all of the Canadian selections), below are the gala films announced today:

Another interesting tidbit to take from today’s announcement is the effort being made this year to help audiences, industry delegates and attending media get the most out of their festival experience.

“This is their festival … we are the people’s festival,” said co-director and CEO Piers Handling. To this point, they will be shutting down a portion of King St. during the opening weekend–rechristening it “Festival Street”–and putting together free programming and pop-up performances.

Stay tuned for further details as they become available.