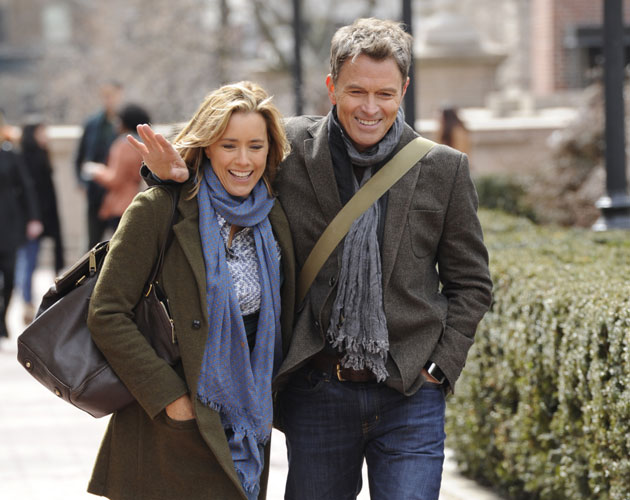 Despite The Good Wife‘s solid ratings, and House of Cards dominating our Netflix cue, we’re always hungry for a good primetime political drama and this fall the newest fictional look at US diplomacy comes our way in the form of Madam Secretary.

The new series stars Téa Leoni as Elizabeth McCord, a college professor and former CIA agent who is asked by her old friend, President Conrad (Keith Carradine), to join the State Department.

We caught up with co-star Tim Daly who portrays the Secretary of States’ husband, Henry, a charming religion professor who acts as trusted counsel within the context of their marriage.

The 58-year-old actor known for his roles on popular shows like Wings, The Sopranos and Private Practice, says Henry is the kind of modern man he hopes to see more of on TV.

“Here’s a guy who has a significant career, who’s confident enough and solid enough to say to his wife, ‘go babe, be as big as you can be.’ I would like to think there are marriages like this out there.”

Watch the video below to hear more from from our interview with Daly:

Madam Secretary premieres this Sunday at 8:30pm ET on Global.

Check back next week for part II of our video interview with Daly where he shares his thoughts on aging, climbing Mt. Kilimanjaro, and how he came to his epiphany on the meaning of life.