Scary to Sexy: Evolution of the Movie Monster 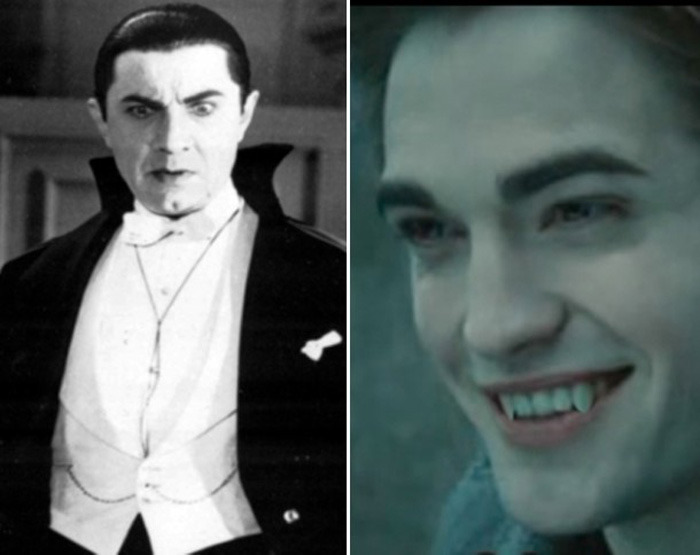 For generations, images of movie monsters left kids quaking under their covers at night, a chill running down their spine with every shadow that passed across the bedroom wall. Well, those days are long gone.

Believe it or not, there was a time when movie monsters had fangs instead of abs. They were covered in fur instead of sporting a neatly combed coif. They had a lust for blood instead of a lust for a partner who understands his or her complicated and innermost vampire feelings.

You know, someone who really gets them. Oh boy.

For generations, images of movie monsters left kids quaking under their covers at night, a chill running down their spine with every shadow that passed across the bedroom wall. Well, those days are long gone.

Today, Nosferatu is out of style and the significantly less terrifying Edward and Jacob are in. In recent years the Twilight series, True Blood, The Vampire Diaries and likeminded TV shows and films have served to redefine the look and role of traditional monsters.

The point is film and TV monsters used to play for screams, and now most of them play for swoons and sighs.

Don’t get us wrong.

We’re not blaming this turn of events solely on the “Twilight generation.” All the way back in 1935, Elsa Lanchester portrayed The Bride of Frankenstein, who was quite a stunner if you like the electrified, slightly undead look. Morticia Addams and Elvira, both vivacious vamps, steamed up TV screens long before most of the current crop of Twihards (yes, Twilight fans have a nickname for themselves) was even born.

Brad Pitt and Tom Cruise donned fangs in Interview With the Vampire while Kate Beckinsale and Wesley Snipes redefined attractive vampire warriors in the Underworld and Blade films respectively. Salma Hayek played the demon Satánico Pandemónium who conveniently doubled as a stripper in From Dusk Till Dawn, while Julie Walker took a turn as a sexy zombie (as gross as that sounds) in Return of the Living Dead 3. And while “sexy” may not be the right word, Michael J. Fox made for a loveable Teen Wolf.

So what happened to all of the scary monsters?

“In turning monsters into pretty boys with no-risk warning labels attached to their rippling PG-13 torsos, we risk losing what actually attracted us to dark and sinister characters to begin with,” Drew Grant warned on Salon.com.

And what first attracted us, we believe, was the thrill of fright induced by the villains and demons that made you jump out of your seat when they’d appear from behind a door or chasing down some helpless monster bait. What’s next? Matthew McConaughey as a shirtless, heartbroken, misunderstood chainsaw-wielding psycho in yet another Texas Chainsaw Massacre remake?

“The sexual undercurrents [in vampires] are not hard to see. You have penetration, an exchange of bodily fluids. He has mesmeric powers. He is very seductive. It’s an easy, veiled way to write about sex without censorship.”

Hmmm … makes sense. And let’s face it: Dracula knows how to put together an outfit. He’s often depicted with Cary Grant good looks and he lives in a castle. Other than the fact that he sucks a little of your blood every now and then, maybe he’s not such a bad catch.

Still, this movement toward sexy monsters holds grave (no pun intended) implications beyond the silver and small screens. For one, it could kill the spirit of Halloween. Instead of kids dressed up as pale vampires with capes and trickles of blood dripping from their mouths, you’ll have lovelorn vampires with moussed hair and V-neck T-shirts brooding all around your front yard. And the mystique of a full moon will be lost since the modern wolfman is slightly better man-scaped and manicured than previous incarnations. Harry Potter and TV shows like Bewitched and Charmed undid the terror created by centuries of wizard and witch mythology. And Frankenstein … well … Frankenstein won’t really change all that much.

Regardless, can we please put the “horror” back into some of our movie monsters? If it’s true that vampires and wolfmen and witches have turned the corner from scary to sexy for good, we’ll have to rely on innumerable Paranormal Activity sequels and Frankenstein for our fright night fixes. And that, essentially, means there’ll be very little to scream about.