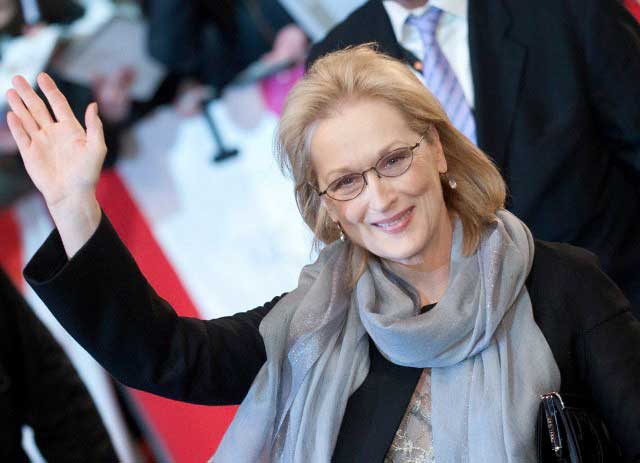 We look at Meryl Streep’s comments on staying young at heart.

She’s inarguably the greatest actress to ever walk this green-ish earth. “Who?” laughs Meryl Streep while famously brushing her forehead after a healthy dose of sucking up from Zoomer in Los Angeles recently. “I hear she’s quite the bitch, though! But I’d love to meet her.”

We would, too. For more than five decades, this eighth wonder of the world has been entertaining and spellbinding audiences with her almost inhuman spot-on and transcendent portrayals of real and fictional characters on the big and small screen.

Zoomer couldn’t help but ask: While we have Streep to inspire us, who inspires the now-67-year-old—and keeps her young and engaged?

“Women, women, and more women,” states La Streep. No, the acting Goddess isn’t coming out of the closet.

“If you want to spring out of bed in the morning, may I suggest finding a cause you can pour your heart and soul into. That’s my advice for staying not only young but also relevant. For me, it’s my mission to get Congress to let us purchase land on the National Mall to built the first woman’s national history museum, something we really should have.”

The Oscar winner adds, “It’s my new mission in life and it has really energized me in ways I have never felt before. Which is funny because my whole life I have never strategized anything — not even my pregnancies! But I have a plan—and dream—with this museum, and it will be realized. It should be the first in the world and should celebrate the accomplishments of women that we don’t know about.  There are so many stories.  I could go on for hours about the amazing women I have learned about through going on the website, NWHM.org.”

There will no doubt be place for Streep when the museum is finally erected.

“Courage is the best weapon a woman can have,” the mother and wife offers.

A version of this article originally appeared online in July 2013.