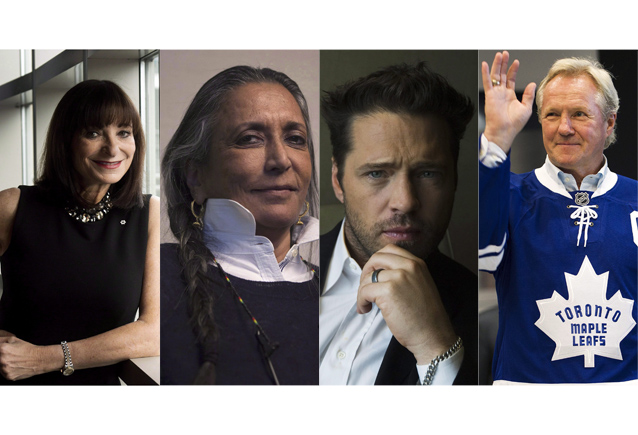 Six Canucks will take their places on Canada’s Walk of Fame today, their names forever enshrined on the streets of Toronto for all to see. That is, until a good ol’ fashioned Canadian blizzard blankets them under two feet of snow—apropos, really, both for a wintery nation and one that, while proud of its talent, doesn’t take itself too seriously.

Congratulations to Maple Leafs legend Darryl Sittler who has been inducted into Canada’s Walk of Fame! #CWOF2016 #TMLtalk

With my “old” #NewMusic crush, the ultra cool #CoreyHart celebrating our induction into @cwofame tomorrow!

The festivities, which air on Global Television on Dec. 18, 2016, take place tonight (October 6) at the Allstream Centre in Toronto.