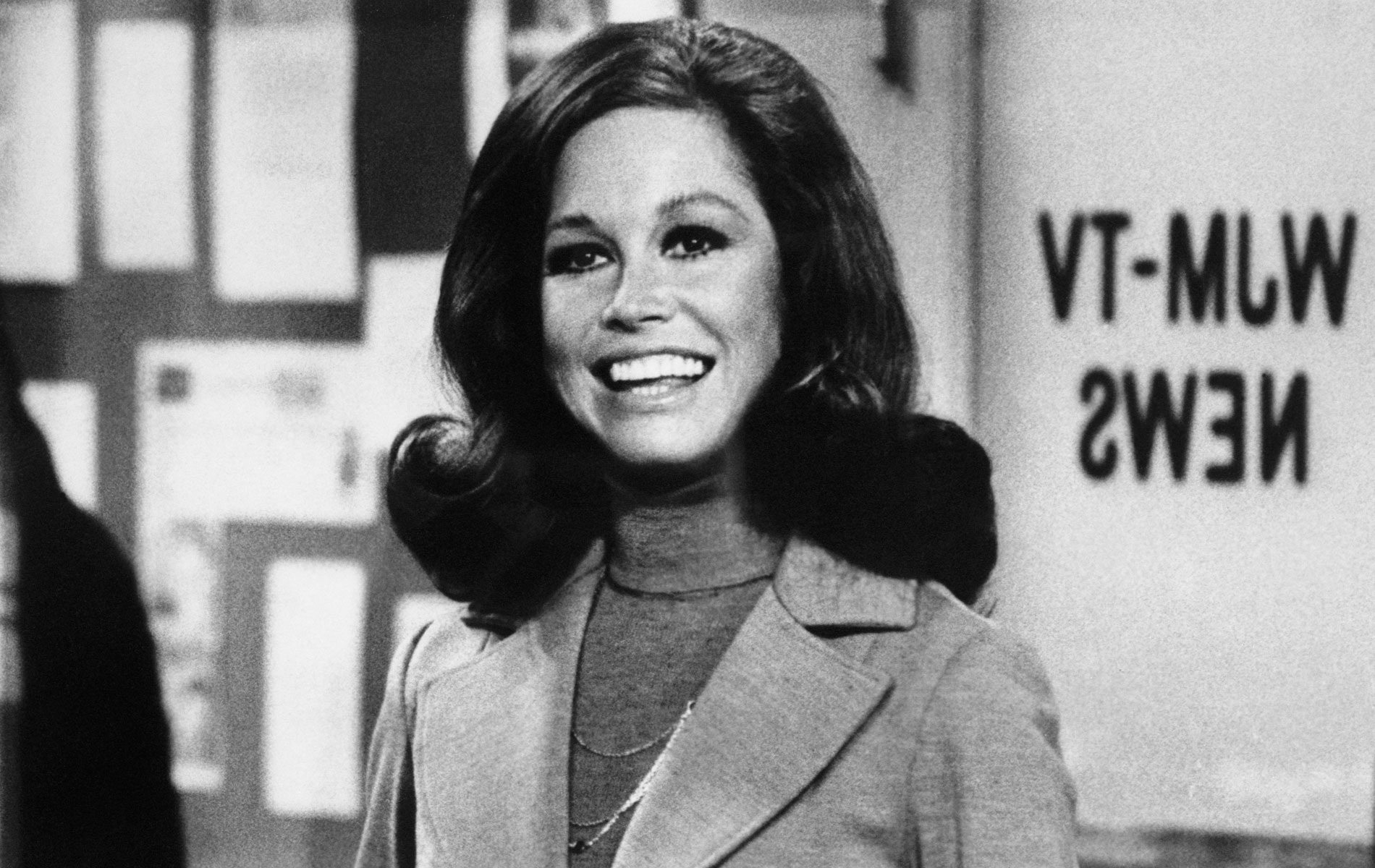 That single carefree toss of her beret into the air in the opening credits of the 1970s iconic television sitcom The Mary Tyler Moore Show was perhaps not just a career-boosting moment of inspiration for young women in that era, but truly a television fashion moment.

The Brooklyn-born Mary Tyler Moore, who played the beloved character Mary Richards in the series, passed away on Jan. 25, 2017 at age 80 and will be remembered most for the groundbreaking television character she helped create and for which she won four Emmys.

Mary Richards was not just a single woman with career aspirations, but was also over 30 years of age and carving a career path instead of hunting for a husband. This being the early 70s, the show closely mimicked the burgeoning women’s movement and females taking to the workplace with the intention of breaking the proverbial glass ceiling.

But with the high-heeled march along corporate corridors, women also faced the conundrum of what exactly to wear during this revolution to the executive boardroom. While dressing in mannish pinstriped pantsuits was an option, Mary Richards showed women and girls entering the workforce how to delicately balance your femininity with a personal sense of style while still maintaining an air of authority.

She embraced the snug-fitting knits of the era with turtlenecks and double-knit two-piece suits. She loved a colourful scarf which she either tucked in her shirt neckline or jauntily tied around her neck. When she did choose to wear pants, they weren’t mannish but fashionably wide-legged and high-waisted. Her jewelry was inconspicuous: simple pearl earrings and chain necklaces. But she saved her bold and expensive splurge for her handbags—luxury, expensive-looking and lady-like.

It was almost as if Mary Richards was a style guide on how to dress for the office if you were a young female in the 1970s. Ironically, even though decades have passed and we’ve come close to one female almost grabbing the ultimate brass ring in the White House, Mary Richards’ manner of office attire doesn’t appear antiquated. In fact, it still resonates and wouldn’t look out of place today. No wonder! There are blogs on Pinterest and Etsy specifically dedicated to the style of the ultimate “Working Girl” Mary Richards who, when she threw her beret up in the air, really did show women that they “will make it after all.”

Click through for some of Mary Richards’ dress-for-success outfits on the show. Blending masculine and feminine style tropes wonderfully, Mary Richards brings a softer touch to a masculine tweedy plaid jacket with one of her signature print scarves. A styling trick that still works to this day for the office. When she chose to wear pants, she still kept it feminine with soft lines and a high waist, as seen here on the final episode of the show in 1977. Her sweater vest and white blouse wouldn’t look out of place in any office environment today. Not to mention, it’s a fashion look you can easily find today in most chain stores from Gap to Reitmans. Keeping her suitings soft, Mary Richards would often opt for double knits, pairing a turtleneck with a knit jacket for a feminine but yet still polished take on the suit.