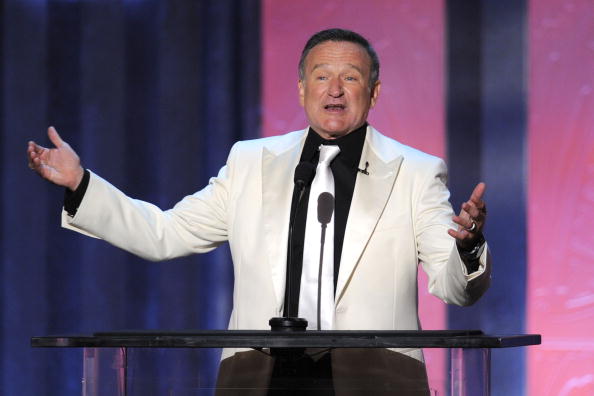 Today (August 11, 2017) marks three years since Robin Williams’ death at age 63. Here, we round up 10 of our favourite jokes from a man who will be remembered as one of comedy’s brightest stars.

What was Robin Williams’ style of humour? Rapid-fire, spastic, and quick-witted. But, make no mistake, in those seemingly chaotic moments he was very much in control, using his many gifts—improvisation, impersonation and physical comedy—to send audiences into bellyaching hysterics. We’ve rounded up 10 of our favourite jokes from a man who will be remembered as one of comedy’s brightest stars. “God gave men both a penis and a brain, but unfortunately not enough blood supply to run both at the same time.” “Never pick a fight with an ugly person, they’ve got nothing to lose.” “Why do they call it rush hour when nothing moves?” “Do you think God gets stoned? I think so. Look at the platypus.” “You could talk about same-sex marriage, but people who have been married (say) ‘It’s the same sex all the time.'” “I wonder what chairs think about all day: ‘Oh, here comes another asshole.'” “Some are born great. Some achieve greatness. Some get it as a graduation gift.” “If it’s the Psychic Network why do they need a phone number?”

This article was originally published online on August 11, 2015.