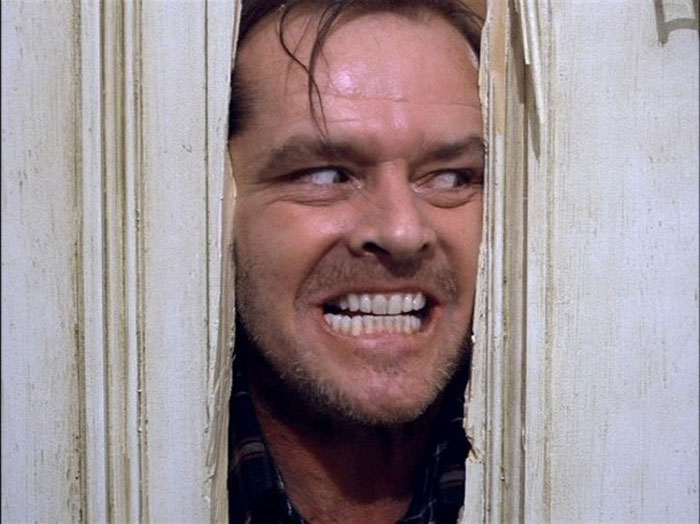 When it comes to your Halloween horror film binge, the classics are mandatory. And while you might know them from start to finish, you likely haven’t heard these little-known facts about some of your favourites.

With Halloween fast approaching, it’s time for horror film buffs to break out their favourite gory movies and enjoy a good fright. But, as with any film, there’s a lot that goes on behind the scenes that fans may not realize.

What famous horror villain’s face is literally modelled after Zoomer cover man William Shatner? What legendary music did one iconic director almost slash from the climactic scene of one of his best-known thrillers? Which scary flick caused a viewer to pass out and sue the studio for injury? And what is the only horror film to ever win the Oscar for Best Picture?

Here, 13 frightful facts that will give you a whole new appreciation for your favourite horror flicks.

“I swear, officer, William Shatner tried to kill me!”

This beloved horror film franchise takes its name from the most frightful day of the year. However, one of the scariest things about the first Halloween film was its small budget. When tasked with finding a mask suitable for the film’s monster, Michael Myers, the only one that could be bought under budget was a Captain Kirk costume mask from the original Star Trek series. The film crew bought the mask and altered it enough so that it doesn’t look like the Star Fleet commander. Still, it would be funny if Michael Myers spoke, and it came out sounding like Shatner: “I … am …. here to kill you.”

Jack Nicholson redefined the term “lost his marbles” with his turn as Jack Torrance in Stanley Kubrick’s masterpiece The Shining. However, it’s been reported that Harrison Ford, Robin Williams and Robert De Niro were also considered for the part. They’re all brilliant actors, but having Han Solo, Mork or a Goodfella stick their head through the shattered remains of a wooden door to deliver the film’s classic line just wouldn’t have been the same.

What’s next—Exchange the Bates Motel for the Disney World Castle?

It sounds strange now, but the first studio to show any interest in writer Wes Craven’s script, titled A Nightmare on Elm Street, was Disney. However, Craven wasn’t keen to adapt his film to cater to the Mouse House’s younger audience.

Combine raw eggs with cigarettes…and you get…

Mercedes McCambridge, who was responsible for the demonic voice of Regan in The Exorcist went to some extreme measures to achieve authenticity.

In addition to chain smoking and swallowing raw eggs on set director William Friedkin says the actress insisted that she be tied to a chair as they recorded her—all of which he says achieved the desired effect.

“As she did it, the most peculiar things would happen in her throat,” he told The Telegraph. “Double and triple sounds would emerge at once, wheezing sounds, very much akin to what you would imagine a demon in torment might sound like.”

Chocolate syrup and hamburgers anyone?

Since The Night of the Living Dead was shot in black and white the crew never had to worry about the colour of the fake blood. In fact, when Karen Cooper (Kyra Schon) chows down on dear old dad, she’s really biting into some leftover lunch.

“Earlier in the day, we were eating hamburgers or meatball sandwiches, so they just smeared chocolate syrup all over it and that’s what I was biting into,” Schon recalls in Night of the Living Dead: Behind the Scenes of the Most Terrifying Zombie Movie Ever.

Dracula holds the Guinness World Record for being the most portrayed “non-human” character in film, with 272 appearances! Some notable Dracula’s include Gary Oldman, Frank Langella and, of course, Bela Lugosi.

Only two other films have ever swept the five major Oscar film categories: It Happened One Night (1934) and One Flew Over the Cuckoo’s Nest (1975).

8. The voice of Dr. Hannibal Lecter

Speaking of The Silence of the Lambs, Anthony Hopkins channelled the voices of two legendary figures to get the right sound for the sadistic Hannibal Lecter—Katharine Hepburn and Truman Capote.

Everyone likes listening to music in the shower, right?

That was almost the case, as director Alfred Hitchcock originally wanted no music featured in the scene. Luckily, composer Bernard Herrmann ignored his boss’ wishes, wrote the music and pitched it. The final cut, so to speak, is a classic.

JoBeth Williams, the actress who took the muddy plunge with the boney extras, confirmed the long-standing rumor in an interview with I Love the ’80s. Apparently, she was only told after the scene was completed.

“Tim would sit in his chair chain-smoking in his makeup. Whenever the kid actors got too close, he would grin at us with his horribly pointed teeth,” Marsh told Yahoo. “He really tried to intimidate us, because he wanted the fear to be real in our performances. He didn’t make any effort to be nice, at least not to me.”

The iconic prom scene from Carrie took more than two weeks to film, requiring a total of 35 takes.

Sissy Spacek—who often isolated herself from the rest of the cast to stay in character—refused to wash off the fake blood in between takes and even slept in the blood-soaked gown for three days of filming to preserve the continuity of the scene.

The most dysfunctional of family dinners…

When actress Marilyn Burns (who played Sally Hardesty) sat down at the dinner table with Leatherface (Gunnar Hansen) and his family of cannibals for one of the final scenes in The Texas Chainsaw Massacre, she was terrified.

The scene, which involved Leatherface and his family terrorizing Sally for five minutes took around 26 hours to shoot—an ordeal even Hansen wouldn’t soon forget.

“The whole dinner scene is burned in my memory, I think just because of the misery of it,” Hansen told Esquire. “At that point we were really just on the verge of mental collapse. And Marilyn told me about how awful it was for her, because she was terrified…Just being tied to a chair and then having these men looming over her constantly, she said it was really unnerving. I think that whole scene was certainly the most intense part of the movie and I think all of us were slightly insane by then.”