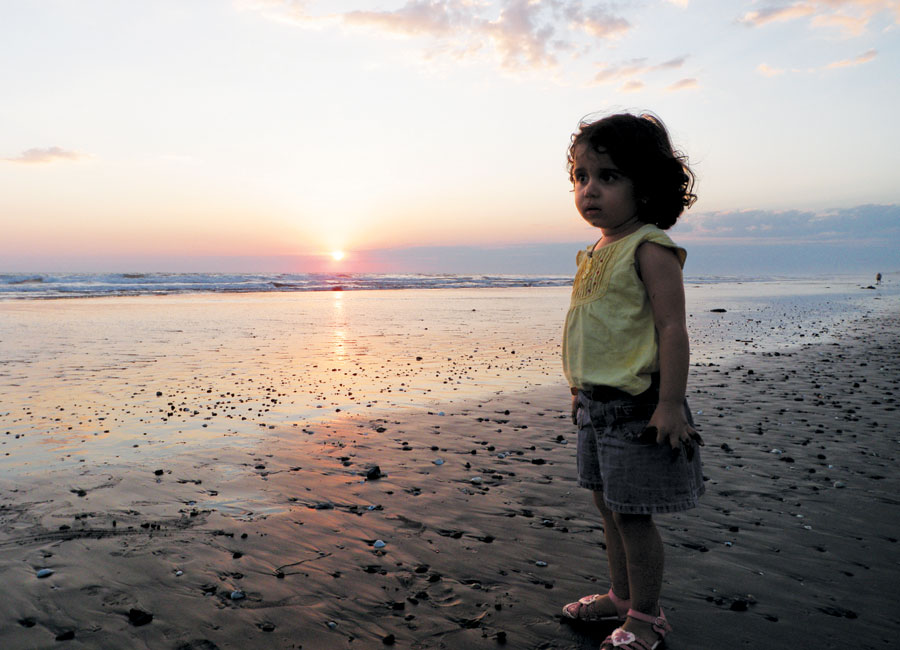 It was Pakistan that told me I needed Nicaragua — more precisely, how little I had felt in Pakistan. A year and a half ago, I had scrambled to Islamabad the day of Benazir Bhutto’s assassination to join colleagues covering the aftermath of her cowardly killing. As a television anchor, you are expected to absorb the meaning of a place in a matter of hours to appear authoritative on air. That usually involves a crash course in history, a few impressions formed at high speed and what local experts tell you. The picture is a diluted watercolour at best. I had convinced myself that after almost 30 years of reporting under the unforgiving deadlines of daily news, it was all I should expect, but in Pakistan something changed. I felt callous. It was another impoverished country with a disheartened people, lorded over by uncaring, power-hungry officials. I had developed calluses on my heart.

Over a year later, I am watching the landscape of another impoverished country whiz by my van window: children playing baseball in bare feet on stones, men on stumps saying little to one another and women boiling water on pits of fire in already sweltering heat.

I came to Nicaragua to find a gift for myself. I am turning 50, and the most alarming thing to me is not my age, which I am grateful for, but that I do not feel as alive. Journalists separate themselves from whatever is going on so that they can observe it more fully and absorb it less, but the emotional distance has spread to more of my life. I feel isolated. Being a television anchor does not help, and the transition to having adult children who do not need their father as much has left me feeling more than a little adrift. So the birthday gift I asked my wife for was an opportunity to explore a place unencumbered by cameras, labels and deadlines. I am hoping to meet myself again.

In the van with me are two men I barely know but have felt an instant companionship with. David Sakaki and Corey Butler are firefighters from Kamloops, B.C. I met them briefly when they asked me to host a dinner in 2007 to raise money for a shipping container full of donated goods destined for a small village in Africa. I found their instinctive need to care admirable but mystifying, perhaps because the cynicism of my profession had grown too thick in me. Dave is naturally optimistic in a way I might describe as naive, and yet time and again, his belief that the right thing will happen usually proves true.

With his broad smile and considerate nature, Corey embodies the blue-collar work ethic I have a deep respect for, but it is his desire for spiritual growth I find so interesting. We feel a little silly when we finally admit to one another that Dave is about as close to a saint as anyone we know, but it is why we are here, hoping a little bit of it rubs off on both of us.

As we near the Pacific Coast after a three-hour ride from Managua, the well-paved roads turn into gravel and rock. We approach the fishing village of Jiquilillo — or at least the remnants of it. A tsunami in 1992 pulled it into the ocean, and the survivors rebuilt their homes using the bits of steel roofing and wood left behind.

We are met by another Canadian, Don Montgomery, who over beer in Kamloops a few months earlier, asked Dave to lead this survey team. He’s hoping the same devotion and drive that filled a container for a village in Africa can fill another container with the tools, equipment and clothing Jiquilillo needs. For years, Don had been driven by a vision of a rustic camp by the ocean to live, surf and learn to connect with people more intimately. When he was shown a grassy knoll in Jiquilillo with an expanse of ocean and sharp-edged surf, he started shaking from the inside out. His body had met its soul.

Don prefers to go by his old rugby nickname of Monty, and the surf lodge he had built from trees and palm leaves welcomes surfers from around the world looking for the “next great undiscovered beach.” It is the kind of place to swing in hammocks to the rhythm of the steady surf, eat good food, play poker and get tossed around in the tide. But Monty expects something in return: guests donate some of their fees to the people of Jiquilillo, and many volunteer in the village as well. I am surprisingly clumsy and ill-equipped to know how to give at first. My training is to analyze and observe, not pick up tools and dig.

But that is exactly what I do. Together with other men at the camp, we spend a morning picking with a crowbar at clay as hard as cement. We are using the only tools available to us to try to reach fresh water so a local school can build a well for its children. Corey and Dave have the technique and muscle to power through the toughest parts and the stamina to keep a rhythm. I am strong at the start but fade quickly in the stretch and end up asking for a ladder to bring me up sooner than I would have liked. Together, we dig down seven feet but fail to reach water. Despite the failure, it is the sweet-natured ribbing and honest sweat that feel like success to me.

As the days pass slowly by, I watch with growing respect as Dave and Corey reach out to the community with a loving humility. Wherever we go, they ask for permission to enter, listen patiently without interruption and praise the dignity and accomplishments of what the people have built for themselves. Dave and Corey offer to help finish projects that have been started but inexplicably remain incomplete.

Everywhere we look, we see evidence of well-meaning development agencies committed long enough to be able to put their signs and flags on clinics and schools but failing to ensure they are sustained with enough equipment and local training. So we create an inventory of small things we can find to make the incomplete whole: bed linens for the maternity ward, intravenous drip hooks, larger blood pressure cuffs and clothing. Corey knows some paramedics and nurses who would deeply value the chance to train the staff. Dave has the means and contacts in Canada to find the necessary equipment. I promise to help raise the money to get it here and to return to help distribute the contents. In fact, I can’t wait to.

We also take time to visit a local school to distribute suitcases filled with sun hats we have brought with us. The children are bewildered at first by having a choice. They politely take the hat handed to them, but as we try to fit them properly and match the hat to the child, they beam broadly, realizing that they can have the hat they choose — not the first one they’re given.

As I absorb these lessons in caring, I grow more comfortable stepping out of the protection of being only an observer. I am learning when help is offered unconditionally and delivered with humility it is accepted with grace not suspicion.

After only a week exploring Jiquilillo with Dave, Corey and Monty, my spirit feels gentler, and I am in touch with aspects of my heart that have been sealed for far too long. I laugh easily and often and have bonded with these men at a level of intimacy I rarely reach. My soul has “re-humanized,” and my body has evolved too. Whether by design or happy accident, at this time Monty’s Jiquilillo Surf Camp has only one mirror, and when I see myself after a week, there is a stranger in my reflection. The creases and cracks in my face have softened, the corners of my mouth are turned up and the eyes, which my caring wife had worried looked so sad, look bright and clear and hopeful.

I have discovered lessons in my 50th year others learn much sooner: when you give, you get much more in return, and giving genuinely will draw others to help. And while the world is often tragic and sad, it is also filled with people like Dave, Corey and Monty, who refuse to only observe and accept it. While I have reported on life for a very long time, being in Nicaragua with these men has shown me how to live it again.

A version of this article appeared in the September 2009 issue with the headline, “Rescue Mission,” p. 26.