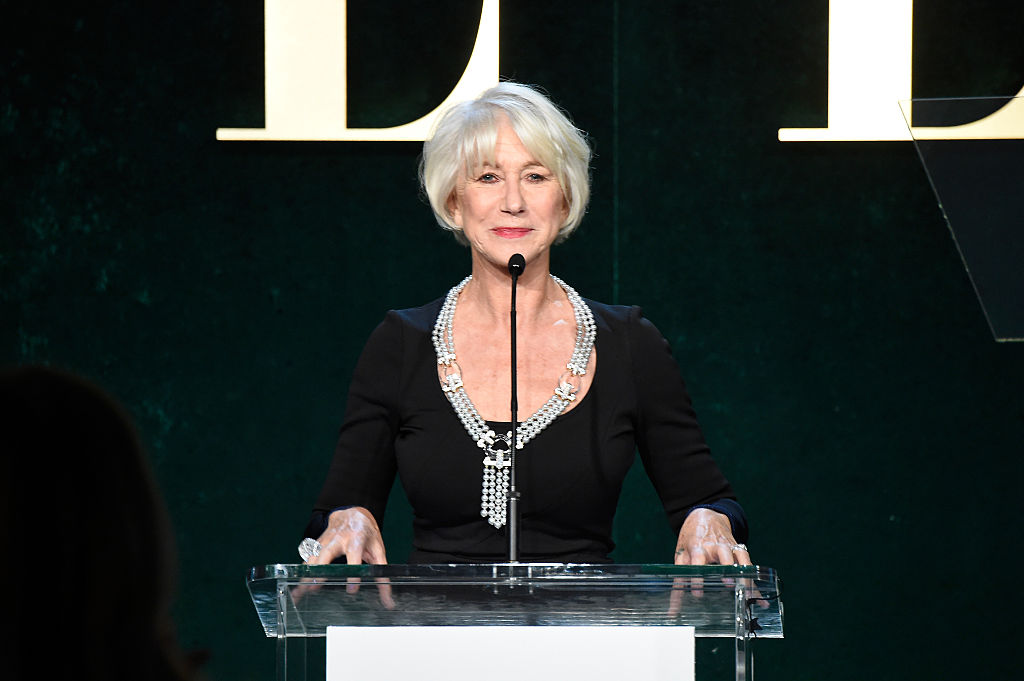 It was 15 years ago (June 14, 2003) that Queen Elizabeth made Helen Mirren a Dame. And when a decorated Dame like Helen Mirren gives life advice, you might want to sit up and take some notes.

After all, the outspoken 72-year-old is an acclaimed actress with a stellar career that began with the Royal Shakespeare Company and a litany of awards that includes an Oscar, Emmy, Tony and several Golden Globes. Don’t forget she was also appointed a Dame Commander of the Order of the British Empire. In other words, she is a living legend.

At Elle magazine’s 23rd Annual Women in Hollywood event in Los Angeles, she was honoured along with eight other notable actresses including Kathy Bates, Amy Adam, Lupita Nyong’o and Kristen Stewart.

Taking to the stage to accept her Legend Award, Mirren immediately went for the jugular: “I am going to be the nastiest of all nasty women.” A rebuke to Donald Trump referring to Hillary Clinton as a “nasty woman” during one of the presidential debates.

In her speech, she recalled being a 14-year-old girl in a small English town, daydreaming of becoming an actress. She was convinced that a black limo might would pull up one day and a gentleman would get out and say to her, “You’re the one! You’re the star! Come with me!” She soon realized that wouldn’t happen and that it would take some professionalism and work ethics to actually get somewhere. Curiously, she counts punctuality as one of her important habits.

As for receiving a Legend Award, she bluntly acknowledged that it wouldn’t mean she’d rest on her laurels. “Not a bloody chance of that,” she said. “I don’t look at this truly meaningful award as a recognition of what I’ve been fortunate enough to accomplish in the past but as a reminder to step up my game in the future.”

She ended her speech with her top five tips to get through life, noting, “I’m quite old so I’ve lived quite a lot of life. Feel free to pass these along.”

Have a drink
“Never drink alcohol unless you are celebrating something, upset on something, or if it’s a day that ends with the letter Y. And never drink when you’re driving.”

Wait to get married
“Don’t be in a rush to get married, honestly. I married Taylor [Hackford] much later in my life and it’s worked out just great. Give your partner the freedom and support to achieve their ambitions. Very important and that goes both ways, men and women.”

The game of life
“At the blackjack table, always split aces, eights and nines. Believe me, it really improves the odds.”

Treasure your friends
“Connect with friends daily, [and] I don’t mean on Facebook. Better to have three great friends than 300 friends on social media. Friends you can really talk to.”

Ignore the haters
“Ignore anyone who judges the way you look, especially if he or she is some anonymous, miserable creep lurking on the Internet.”