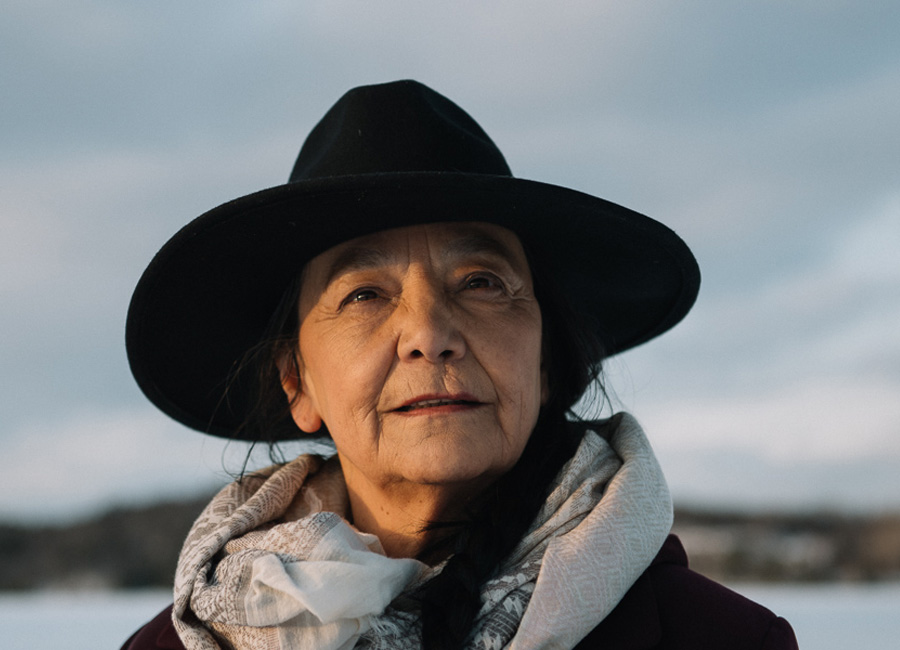 The Toronto International Film Festival announced the addition of more than 40 Canadian feature length and short films to its 2018 roster on Wednesday, including works by the only Canadian director to win an Oscar for Best Foreign Film and the first ever full-length film made in the UNESCO-classified endangered Indigenous language of Haida.

The latter film, Edge of the Knife, a 19th century-set traditional Haida tale about a man whose guilt over causing the death of his friend’s son sends him into self-imposed exile and eventually transforms him into a beast-like supernatural being, was co-directed by First Nations filmmaker Helen Haig-Brown and Haida artist Gwaai Edenshaw. It joins two other Canadian Indigenous offerings at TIFF, including Falls Around Her, the tale of a First Nations songwriter who returns to her reserve and struggles with the pitfalls of fame starring Tantoo Cardinal, 68, in her second TIFF 2018 role (her first being the previously announced adaptation of Joseph Boyden’s Through Black Spruce) and The Grizzlies, the true story of how lacrosse helped improve and inspire the lives of the youth in a small Inuit community, described by TIFF as “a creative collaboration between [director Miranda] De Pencier and Inuit producers Alethea Arnaquq-Baril and Stacey Aglok MacDonald.”

As well, Canadians Jennifer Baichwal and Nicholas de Pencier, the filmmaking duo behind Long Time Running, which documented the Tragically Hip’s final tour, team up with Canuck photographer Edward Burtynsky (who they partnered with for Manufactured Landscapes and Watermark) for the documentary Anthropocene, which TIFF says is, “a sobering meditation on psychedelic potash mines, expansive concrete seawalls, mammoth industrial machines, and other examples of humanity’s massive, destructive reengineering of the planet.” Another documentary – Barry Avrich’s Prosecuting Evil: The Extraordinary World of Ben Ferencz – tells the story of the Hungarian-born lawyer who, at 99, stands as the only surviving Nuremberg Trial prosecutor, while Sharkwater Extinction, the sequel to the award-winning documentary Sharkwater, stands as the final film by Canadian conservationist and documentarian Rob Stewart, who passed away while making it.