Review: Downton Abbey Lives On in Trite but Fun Movie 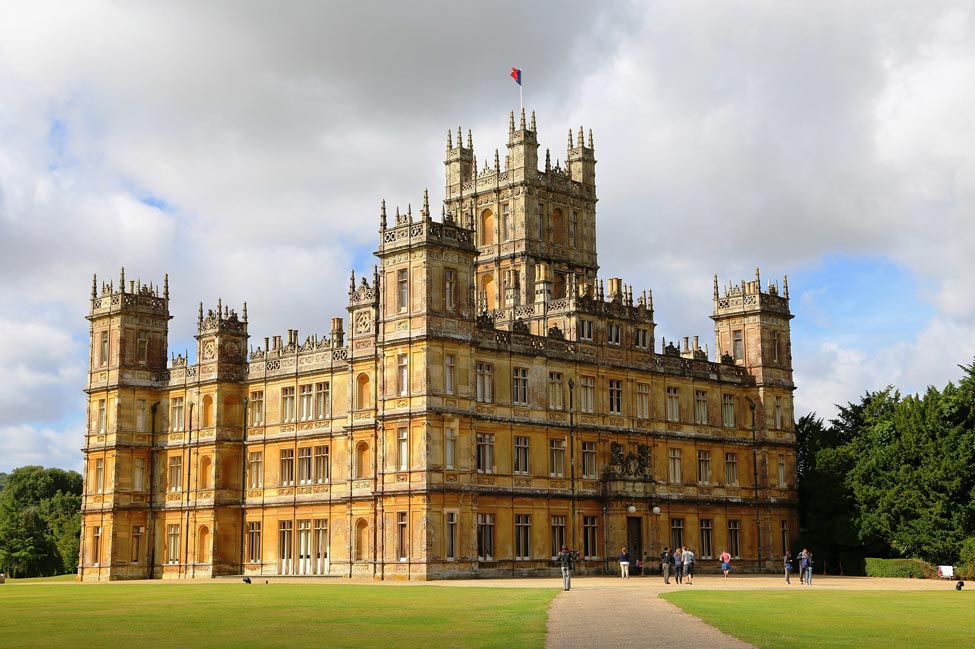 When Julian Fellowes first laid eyes on Highclere Castle, the ancestral home of the Earl of Carnarvon about an hour or so from London, he knew he could build a story around this place. He started with Gosford Park, an unapologetic look at the upstairs/downstairs world of English nobility at the turn of the last century, when rumblings of Republicanism and the rise of the middle class across the United Kingdom were the order of the day. It was also a time of American heiresses rescuing broke Brit blue bloods with an injection of cash and a little bit of stateside insouciance to boot. Enter Robert Crawley, Earl of Grantham (Hugh Bonneville), his wife, Cora, Countess of Grantham (Elizabeth McGovern) and Downton Abbey.

For those of you who may not know, Highclere Castle is Downton Abbey. In the new film, based on the television series of the same name, Fellowes goes beyond the story and makes the house his muse. The love affair is apparent; Highclere as Downton is the true star of the film. Sweeping shots at almost every time of day remind us exactly where we are, along with the quips of Dame Maggie Smith, as the Dowager Countess Violet, reminding us exactly of our place in society and in the pecking order of things to come.

“I don’t argue,” she says, “I explain,” when accused of picking a fight with an estranged cousin, who also happens to hold a few estate purse strings and a lady-in-waiting position to the Queen.

And, speaking of the Queen, this is the crux of the film. King George V and his consort, Queen Mary of Teck (the grandparents of HRH Queen Elizabeth II), are coming to Downton for a sleepover en route to visiting other noble houses — and their daughter, the Princess Royal — in the quaint Yorkshire countryside. Both upstairs and downstairs are conflicted: Some are monarchists to the core (Hello, let’s bring Carson out of retirement and the please-practice-your-curtsies Crawleys), while others display their doubts of the survival or necessity of the monarchy (You go, Branson and Daisy). But they’re not alone. The Royals have brought along their haughty entourage, from head butler to French chef to housekeeper to seamstress, for a hostile takeover, and it’s game on. The Downton household is not having it.

There are the familiar cheeky one-liners coming from Violet and her foil, Isobel Crawley (now the Lady Merton), sibling snips from Lady Mary to her younger and always seemingly melancholy sister Lady Edith (now the Marchioness of Hexham), complemented by Mrs. Patmore’s ongoing commentary in the kitchens while keeping egos in check. Social issues of the times are further explored, including same-sex shaming, a sub-storyline that involves Thomas Barrow (Robert James-Collier).

And having the class to keep the timeline tight to the television series finale, there’s a sense of continuity. At the pre-screening in Toronto, special guests included Phyllis Logan (Mrs. Hughes), Lesley Nicol (Mrs. Patmore) and Kevin Doyle (Mr. Molesley). Getting back into the period didn’t feel that difficult for the actors, according to Nicol. In an ironic twist, Nicol revealed she doesn’t cook, although she’s learning, after going vegan a short while ago. Of course Doyle’s character Molesley has his moment and provides his trademark nervous levity in the proceedings.

When Lady Mary wonders if it’s worth keeping up the estate, both her lady’s maid, Anna (Joanne Froggatt), and her grandmamma, Violet, convince her that Downton is not just a home but a heart — of family and of community — and she’s well able to carry the legacy into the future. Upstairs or downstairs, everyone is passionate about Downton Abbey and will defend its honour, even at the risk of ruin. It plays out a bit slapstick, a bit trite, but fun and feel-good, nevertheless. Downton will live on.

Downton Abbey is in theatres Sept. 20.

Then & Now: With the Long-Awaited Movie, “Downton Abbey” Is Picking Up Where It Left Off