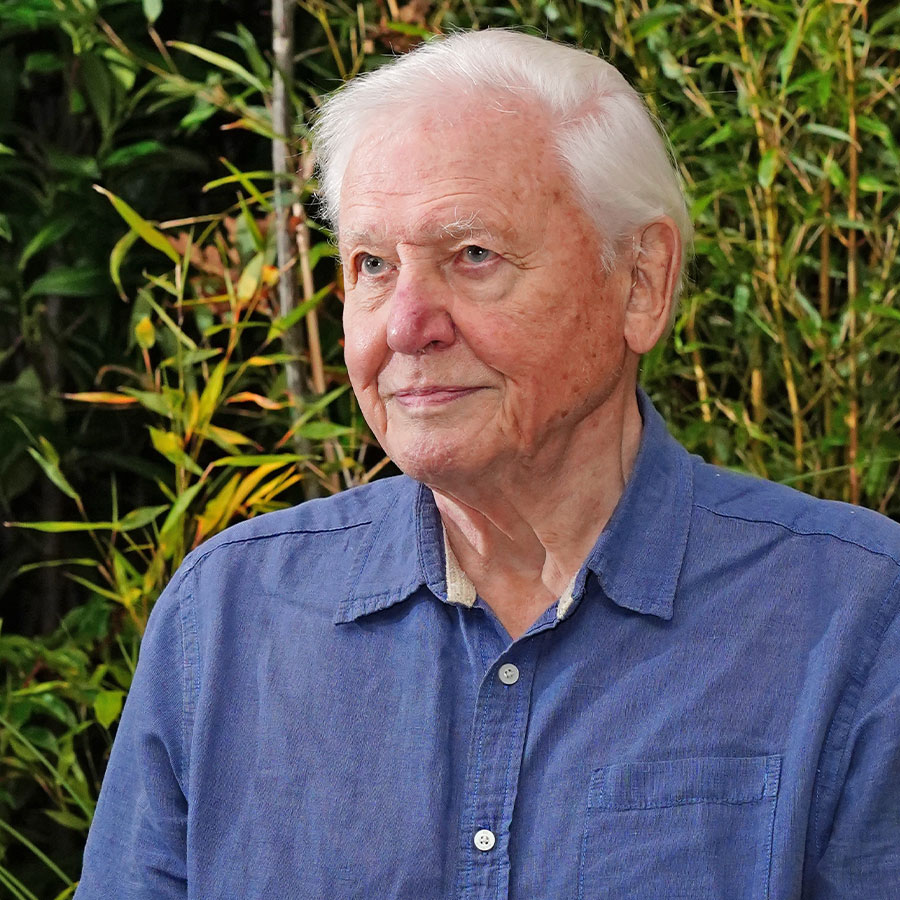 Sir David Attenborough attends the premiere of his new nature documentary series 'The Green Planet' at COP26 in Glasgow on Sunday. The following day, the 95-year-old spoke at the climate summit, telling global leaders in attendance that "the world is looking to you and why you are here" while delivering a speech about the urgency to curb climate change. Photo: Jane Barlow / PA Images / Getty Images

David Attenborough delivered a moving speech about the history and threat of climate change at the COP26 climate summit in Glasgow on Monday.

The 95-year-old British broadcaster and historian, who is most famous for the numerous nature documentaries he’s narrated — including the Planet Earth series — provided narration in real time to a seven-minute video that outlined the facts about climate change, its historical progression and context, and the urgency with which it must be dealt. He ultimately concluded with a message of hope for the future and earned a rousing ovation from the audience of world leaders, including Prime Minister Justin Trudeau.

“The fact the people most affected by climate change are not some imagined future generation, but young people alive today. Perhaps that will give us the impetus we need to rewrite our story, to turn this tragedy into a triumph,” he said in his speech, which you can watch in the video below. “We are, after all, the greatest problem solvers to have ever existed on Earth. We now understand this problem, we know how to stop the number rising and put it in reverse.”

In his speech, Attenborough focused on the increasingly rising carbon concentration in the Earth’s atmosphere, and illustrated how the fluctuation in that concentration posed great threats to ancient humans in terms of global temperatures, creating a “brutal and unpredictable world.” Around 10,000 years ago, he noted, the concentration of carbon stabilized and “we found ourselves in an unusually benign period with predictable seasons and reliable weather. For the first time, civilization was possible and we wasted no time in taking advantage of that.”

Attenborough explained that all the human ingenuity and advancements that have occurred over the last 10,000 years was possible because the climate allowed it.

“The global temperature over this period has not wavered over this time by more than +/- 1 degree Celsius. Until now,” he said. “Our burning of fossil fuels, our destruction of nature, our approach to industry, construction and learning, are releasing carbon into the atmosphere at an unprecedented pace and scale. We are already in trouble. The stability we all depend on is breaking. This story is one of inequality as well as instability.”

To that end, he added that, “those who’ve done the least to cause this problem are being the hardest hit. Ultimately all of us will feel the impact, some of which are now unavoidable.”

Far from a doom and gloom forecast, however, Attenborough offered ideas for solutions, such as cutting emissions and setting sustainability goals — while noting that no nation on Earth is yet fully sustainable — as well as a message of hope for future generations.

“If working apart, we are a force powerful enough to destabilize our planet. Surely working together, we are powerful enough to save it,” he added. “In my lifetime, I’ve witnessed a terrible decline. In your lifetimes, you could and should witness a wonderful recovery.”

While those in attendance cheered Attenborough’s speech, many more around the word took to social media to celebrate the nonagenarian’s message.