The Tragically Hip, Toto, Styx and Journey Rock the Park 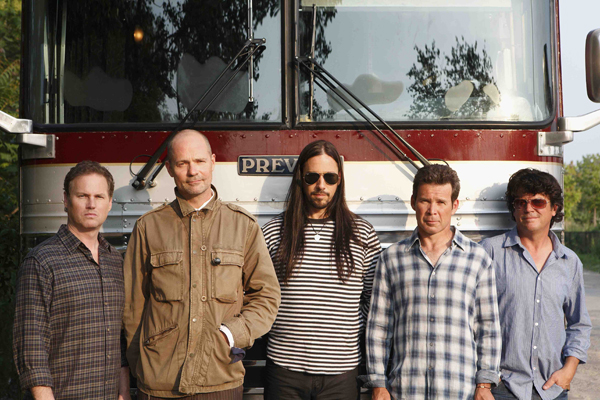 Long before the dawn of the new millennium, Gord Downie and The Tragically Hip were ahead by a century. After 30 whopping years together (they’ve lasted longer than most marriages), Canada’s best damn bar band ever headline the first night of London, Ontario’s Rock the Park three-day concert (July 25-27).

It’s the 10th anniversary of the event and this year they’ve rounded up a roster of 80s megastar groups like Journey, Whitesnake, Platinum Blonde, Styx and Toto. It seems MTV’s iconic Moon Man came back from space just to grant this dream lineup of hair bands.

And if you’re planning to take someone born long after the advent of the Walkman, you can put these acts into context like thus:

“No, Toto is not copying Karl Wolf. ‘Africa’ is their song. Karl Wolf’s version is a remake. Yes, I’m dead serious…”