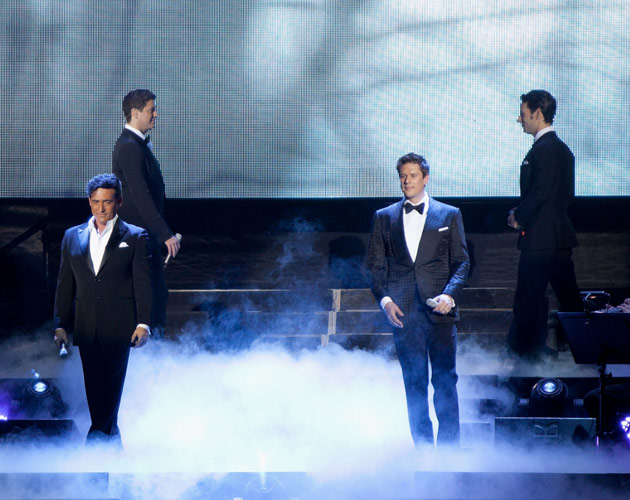 Today, artists like Il Divo, Andrea Bocelli, and Charlotte Church are bringing operatic music to new audiences around the globe. Even if you don’t consider yourself an expert in the genre, chances are you’ve unknowingly fallen for its many charms. The music is routinely featured on movie soundtracks, re-imagined as Broadway shows, and permeate our everyday vocabulary as borrow words. Here are five ways the opera lives and breathes in the mainstream world.

1. The Diva
Maria Callas, an American-born soprano of Greek decent, was one of the most revered and influential opera singers of the 20th century. Her vocal wizardry dazzled audiences, while her off-stage dramas (heated feuds and torrid love affairs) kept tongues wagging outside of the theatre. She remains the true, standing definition of the term “diva” (despite what today’s pop singers may claim).

2. Broadway Musicals
The opera’s dramatic storylines filled with love, heartbreak, backstabbing, and sweeping scores is the perfect source material for today’s modern musicals. Major, long-running productions are based on classic operas including Elton John and Tim Rice’s Aida (a retelling of the Verdi opera of the same name), Miss Saigon (based on Madama Butterfly), and Rent (based on La Bohème).

3. Movies…
Many feature films have found inspiration from classic operas like La Traviata (Pretty Woman), La Bohème (Moonstruck), and Turandot (The Witches of Eastwick). Classical songs have long been used in movies as a storytelling technique. Think of ‘The Ride of the Valkyries’ playing during the beach attack scene in Apocalypse Now, or the ‘1812 Overture’ punctuating several moments in the Natalie Portman film, V for Vendetta.

4. …And Television, Too
TV shows have winked a knowing eye while lifting characters, plots, and iconic scenes from well-known operas, including shows like Seinfeld (The Opera episode to be exact), and cartoons like and Bugs Bunny in Rabbit of Seville episode, a riff on The Barber of Seville by Rossini.

5. Expressions
Many Italian words and expressions used in the operatic world have migrated over to everyday use such as bravo, impresario, melodrama, and Prima Donna. And let’s not forget the expression, “It’s not over until the fat lady sings”—a bit crass yes, but definitely something you will see on stage.