Best Live Performances By Singers Over 50 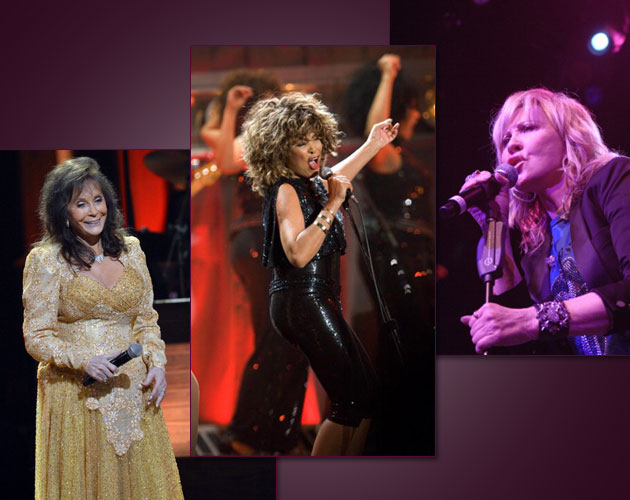 In honour of the 2014 Grammy Awards, we showcase five top notch live performances

When the 56th annual Grammy Awards take place this Sunday, you can expect a few young pop stars will try to hijack the proceedings – to cover up a lack of talent – with either some outré on-stage behavior, outrageous outfits or some unexpected shenanigans.

In today’s musical arena, it is no secret that pure talent often takes a backseat to beauty, a sexy body or an over-the-top costume gimmick.

So in honour of what is being billed as Music’s Biggest Night, we thought we would showcase five live performances by performers over age 50 that leaves one in awe at their sheer raw talent and magnificent stage presence.

1. Grace Jones
The Jamaican born singer/model/actress has always been a provocateur in her various careers. From baring her breasts on stage at Disneyland which promptly got her banned for life from the theme park to showing up at a party during her modelling days in Paris in the late 70s wearing nothing but a bone necklace.

Is it any wonder some of today’s boundary-pushing pop stars like Rihanna and Lady Gaga worship her. She reportedly turned down offers to work with Lady Gaga. And rightfully so; Jones is in a league of her own.

At age 64 she performed at the Queen’s Diamond Jubilee in 2012, singing her hit song, “Slave To The Rhythm.” What made the performance remarkable, was not just her two-and-a-half octave voice which can go from contralto to soprano, but the you-got-to-see-it-to-believe-it routine that had her singing in a body suit, staggeringly high heels and gyrating a hula hoop around her waist whilst singing live for 4 minutes.

2. Madonna
By all accounts, 55-year-old pop vixen Madonna should be past her expiry date in an arena populated by the young and nubile. Yet, the Material Girl continues to equally captivate and irritate a global audience. She continues to reinvent herself and push the envelope in a variety of ways – whether it’s wearing metal grills on her teeth like a young rapper or giving a shout out to her son on Instagram by calling him a slang version of the N-word.

Some view this as a desperate attempt to stay relevant and cool.

For her performance, Madonna, reminded the world that she still reigns as the Queen of Pop by being brought out on a golden throne carried by 150 men. Not unlike another legendary Queen who conquered nations; Cleopatra.

3. Lulu
The Scottish songbird had a very successful career in the 1960s, not only as a singer but also as an actress and television personality.

But it was her song “To Sir, With Love” and her performance in the title film in 1967 that catapulted her into the international limelight.

Today, Lulu is 65 years old and continues to perform on stage and a variety of television shows.

But a few years back, she guest performed her memorable hit song on American Idol – and looking every inch a rock star with her lithe body and gorgeous gams encased in leggings – that left the young competitors looking on in astonishment and awe of her vocals. She proved that true talent will always trump.

4. Tina Turner
At age 73, this legendary performer appeared on the cover of the April 2013 cover of German Vogue, earning the distinction of being the oldest person to appear on the cover of Vogue. But what is even more astonishing, this rock icon returned from semi-retirement and embarked on a tour in her late 60s with the Tina!: 50th Anniversary Tour in 2008. She packed the stadiums and she shimmied and danced in her trademark mini-dresses with those famous legs still in fabulous shape and the voice that still brought the audience to their feet stomping and dancing along.

Tina Turner shows that there is no such thing as an aging rock star – well, not when you’re simply the best.

5. Loretta Lynn
At age 81 she remains the Queen of Country Music.

And in 2012 when she took the stage at the Grand Ole Opry to celebrate her 50th anniversary as a member of the Opry, she showed her loyal fans just how far her journey was.

She reportedly said when she first performed at the Opry, she was so poor, she couldn’t afford a hotel but slept with her husband in their car in front of the Opry and shared a donut for breakfast the next morning.

Resplendent in a gold beaded gown for her anniversary show 50 years later, Lynn sang a duet with Trace Adkins and her voice still resonated pure and innocent.