How Siblings Deal with an Estranged Parent with Dementia 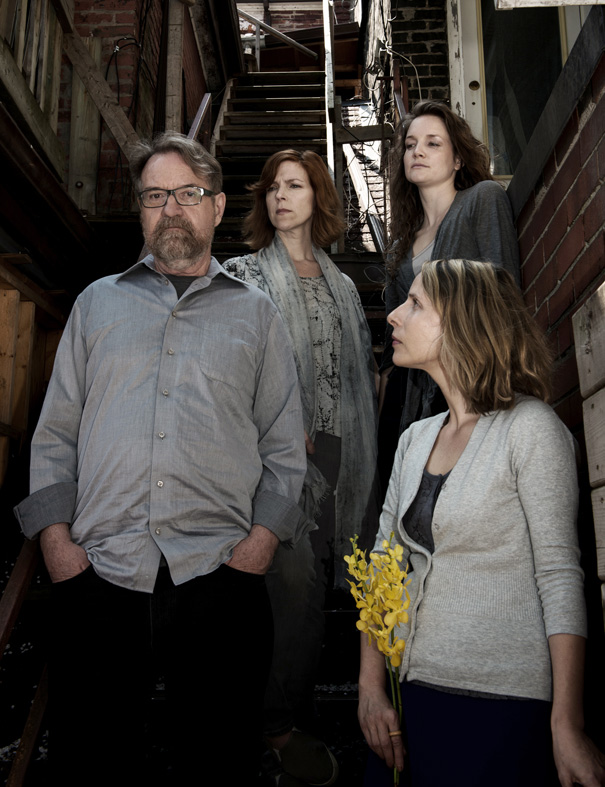 Rosa Laborde’s play, True — about an estranged father of grown-up siblings returning with signs of dementia — was the hit of Toronto’s Fringe Festival this summer.

It’s getting an encore run Sept. 3 through 10th at The Citizenry Café, 982 Queen St. W. — the original venue which the Toronto Star declared “was hailed as a major part of its success.” The original ensemble cast, deemed “excellent” by the Star also returns in what the Star called “an honest and searing work”.

Laborde talks about her highly praised play in an edited Q & A:

Q. You’re 35 years old and yet you’ve written a play that deals with dementia, caregiving and family responsibility — all concerns of boomers. What interests you about these issues?

A. I watched this in my own family, watched my parents go through this with their parents. And I knew people whose mother had come back into their lives when she was ill, and they said, “She abandoned us, so why is she our responsibility now?”

Also, experiencing the dementia and Alzheimer’s in my family, it fascinated me — how someone you love can lose their memory of you and of themselves. I found it interesting and strange.

Q. Why did you choose “True” for the title? It’s very simple but also very evocative. What are you telling us about the play with that title? And with the tag line: “Just because it happened doesn’t make it true.”

A. There are several threads, but it’s specifically related to the notion of memory, which is completely subjective. Everyone’s notion of an event is different — so which is true? The reality that we experience isn’t the only reality that exists. In the play, the characters speak their own truths. In a way, it’s multi-verse theory — that a factual event in this universe doesn’t happen in an alternative universe. And by making a tiny shift, everything changes.

Q. Can there be a happy ending to a story about a parent with dementia and friction among siblings?

A. I believe there is redemption and hope in this story. The subject matter may be weighty, but it’s done in a way that is open and playful and humorous. Life can be both at the same time.

Q. How do you hope people in the audience will respond?

A. I’ve had people who came last time (during the Fringe Festival) who said it was wonderful because “this has been my experience so it was very satisfying” (to see it played out). I hope they will have had the experience of both laughing and being moved.

Q. You’ve mentioned both Shakespeare’s King Lear — about an older parent and sibling conflict — and your own family as inspiration for this tale. What have you adopted from each? Do you have siblings?

A. I have two sisters and a brother — but we all have different parents. In Lear, it’s Cordelia who tells the truth — and she’s punished for it.