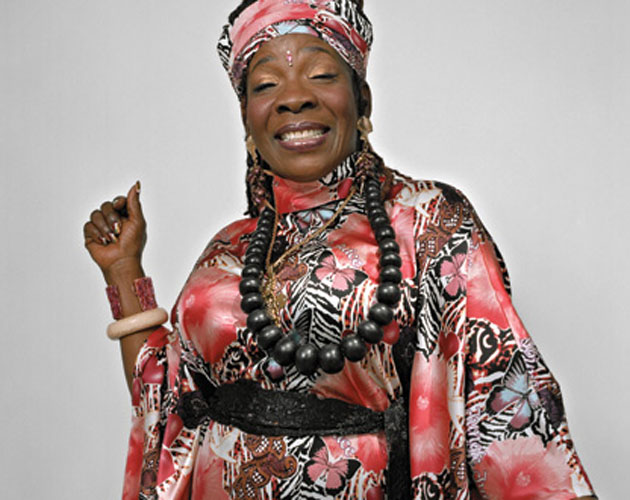 Rita Marley’s Rastafarian journey began more than 45 years ago when she met Haile Selassie I, the last Emperor of Ethiopia and the man Rastafarians believe to be God-incarnate. Since then, the widow of reggae legend Bob Marley (she was also a member of the I-Threes, his backup singers), has devoted her life to spreading the Rasta mantra.

Rasta’s roots trace back to Jamaica in the 1930s where belief in Selassie’s divinity and the fulfilment of Biblical prophecy began to take shape. Rastafarians believe Jesus’ words were distorted by Babylon (Western civilization) and that Selassie will return to bring about the establishment of Zion, or Paradise, in Africa. Reggae artists such as Rita and Bob Marley proved hugely influential in growing the movement beyond Jamaica through their music and philosophy.

Now, Marley looks to the next generation to continue the journey. One member of that generation is her granddaughter, Donisha Prendergast, whose documentary RasTa: A Soul’s Journey, in which she travels the world to meet Rastafari from different cultures, made its Ontario premiere last year in February during Black History Month at the Royal Ontario Museum.

The 65-year-old Marley recently spoke with Zoomer about the evolution of Rasta, the obstacles she and Bob Marley faced and the truth she hopes today’s youth will glean from the Rastafarian faith.

Mike Crisolago: How important is it that your granddaughter’s film is screening at the ROM during Black History month?

Rita Marley: It’s a big mark in our history. For it to be screening during Black History Month and in Bob Marley’s birth month is very significant. (It) proves that Rasta is catching on in areas and places that would not accept it many years ago. It’s coming about naturally and it’s coming from the youth – the now generation – who…. are going to be able to learn more than they thought they knew.

MC: Speaking of youth, you were only 20 when you became part of the movement. Tell us about that experience.

RM: I had doubts myself when I heard about Rastafari (when) I met His Majesty [Haile Selassie I] in Jamaica in April 1966. I read about him and [journalist-activist] Marcus Garvey, and I said to myself, “I can’t believe that (Selassie) is the returned Messiah. I would one day hope to see him.” And that dream brought myself to reality to say, “Yes, this is  the man” when I saw him. And that was it. I started to preach the gospel.

MC: Preaching wasn’t always easy. There were places that would not accept those who identified with the Rasta movement. How has Ontario’s Rasta community evolved?

RM: We (experienced it) many years ago when Bob Marley performed in Maple Leaf Gardens. (Now) you see more green and gold. You see more people walking around with dreadlocks, which never happened before. I wouldn’t say it’s common, but it’s the culture that’s gearing up, maybe for a takeover. You can never tell. [Laughs]

MC: In the 1960s, you wouldn’t have believed a film like this would be shown in the Royal Ontario Museum.

RM: No, they wouldn’t show it. Even on some stages where we’d perform, they’d ask us not to say the word “Rastafari” because in those days it was prohibited. They told the performers, “Please don’t say ‘Rastafari’ because it could create a thing in the theatre or some fight would start.

RM: Oh yes, without a question. We did the hard part. [Laughs] It’s easier now.

MC: So what changed over the last 40 or 50 years? Now you can say more than the word – you can show a film.

RM: Well, it’s truth that takes over because, in the latter part of everything, it boils down to the truth. If your heart accepts it and is open to it, there’s so much to learn about Rastafari – it’s not just dreadlocks and smoking marijuana. It’s a history of coming from the beginning – from King David and Solomon and Sheba – and boiling down into the hands of His Imperial Majesty. There’s a lot to it and this is just the beginning.

MC: Is the movement coming along the way Bob Marley would have hoped?

RM: I think it’s the fulfilment of the prophecy and the works. And it’s good for Donisha to take time out to do this journey. The community in Toronto will hopefully be (inspired), that pretty girls do this kind of work too and want to find out what Rastafari is. It’s a fulfilment that shows a great future.

MC: Speaking of the future, how does it feel to see your granddaughter carrying on this journey, and where do you hope the youth find themselves when they’re your age?

RM: Where they see that light that they see shining. I think it’s that light that they’re aiming at. I see myself in (Donisha) and I’m proud to be able to say, “Look what we lived to see,” which I’m so thankful for. A dream come to reality. And I hope when she is my age she’ll say the same thing: “Let God’s will be done.”

MC: What would Bob Marley say about this film being shown today?

RM: Oh, he’d be so happy he’d be clapping. He would be clapping because maybe he wasn’t allowed to do this, in terms of getting into big theatres like this. So he would say, “See? [This] must be done. Rastafari!”