Can You Hear Me Now? Jann Arden is Asking 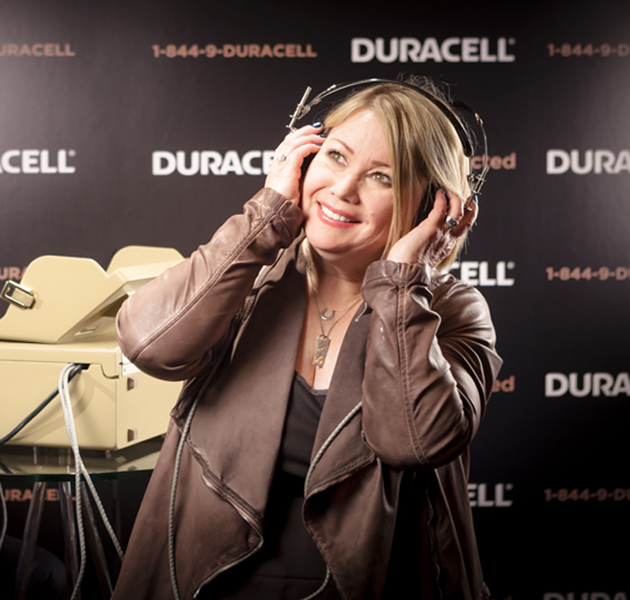 It seems appropriate to be meeting Jann Arden at The Orange Lounge Recording Studio on Toronto’s Queen Street West. The award-winning singer-songwriter has taken up post as spokesperson for Duracell’s Stay Connected campaign inviting people to get free hearing screenings for Speech and Hearing Awareness month.

We were joined by director of auditory research at the Musicians’ Clinics of Canada, Dr. Marshall Chasin. And Midi, Arden’s Morkie (a Maltese and Yorkshire terrier cross), who circled us enthusiastically.

“I was petrified,” the recording artist admitted about having her own hearing tested earlier that morning. She was understandably worried that years of performing surrounded by booming amplifiers and concert-going that left her ears “ringing for hours” had damaged the sense she’d pick over sightedness, if she had to choose. Chasin happily reported that Arden’s hearing was still at 90 per cent.

But it wasn’t worry over her own hearing that got Arden involved. Her mother’s had diminished by 70 per cent at the time it was tested last fall. Chasin described that as trying listen while being underwater wearing earplugs.

“No wonder she couldn’t understand us!” exclaimed Arden. She and her siblings had chalked it up to their mother’s Alzheimer’s until a support caregiver suggested hearing impairment could be partly to blame.

Half a year later and Arden, who lives with her mother, said she’s much more engaged. The performer still has to remind her that yes, she does need her hearing aids. She explains the 70 per cent loss, to which her mother replies, “Oh goodness!”

Retreating from people and activities can be an outcome of hearing loss said Chasin. What’s more, he cited a study out of the U.S. that linked prolonged hearing loss to cognitive decline. So when it comes to addressing it, “don’t wait” is his message.

Older and wiser, Arden takes care to wear protective earplugs at concerts these days. But as Chasin pointed out, even a telephone dial tone is loud enough to cause damage, if you listened for a prolonged period that is. So think about protective ear gear when doing noisy tasks such as mowing the lawn.

For her, that includes a five-mile walk everyday with her mom, Midi and their other dogs. “‘Listen to the birds’ mom will say now. She never noticed them before,” said Arden with a big smile. Exercise and engagement. Check. Check.