10 Best Canadian Songs Of All Time—As Chosen By You! 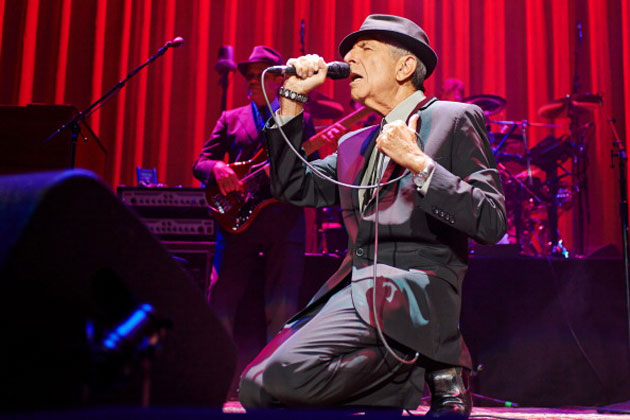 We asked you what your favourite Canadian songs were and the results are in!

With all the Canadian talent that has graced our ears over the years, it’s not easy to narrow down our favourite Canadian songs to a top 10 list. And that’s why we decided to ask you.

Here, the 10 best Canadian songs as chosen by Zoomer readers.

When Cohen submitted songs to Columbia Records for his LP, Various Positions, the label execs weren’t overly impressed with “Hallelujah.” In fact, they had their reservations about releasing the album at all.

And even when they did—first in Europe in 1984, followed by North America a year later—it wasn’t exactly what one would call an instant success.

Instead, it was a slow burn both for fans and fellow musicians alike. “Hallelujah” was first covered by Bob Dylan in 1988, followed by by The Velvet Underground’s John Cale in 1991. But it wasn’t until the late Jeff Buckley recorded a rendition of the song for his 1994 album, Grace, that it garnered a true cult following.

Now, “Hallelujah” ranks high on the lists of Cohen fans across the globe.

The song was an instant hit in 1992 and earned Lang a Grammy for Best Pop Vocal Performance and an MTV Video Music Award for Best Female Video.

Listed by Rolling Stone as one of 10 essential Hip songs, “Bobcaygeon” couldn’t be any more Canadian.

The infectious hit from 1998 takes its name from the tiny cottage town in the Kawartha Lakes area of Ontario and encapsulates the serenity of small town living.

With this 1970 hit, Murray became the first Canadian female solo artist to score a No. 1 hit in the United States. She’s also credited as one of the first to cross between genres—which didn’t seem to be all that difficult for her.

Joni Mitchell’s 1970 classic “The River” has become a Christmas mainstay for fans and fellow musicians alike. Covers of the melancholy song—about a broken romance—started appearing on Christmas albums after Peter White included it on his 1997 set, Songs of the Season.

While the tune’s rise to the status of holiday-hit was unintended, Mitchell herself seems to think it has its place amongst the more cheerful Christmas carols. “We needed a sad Christmas song, didn’t we?” She told NPR with a laugh. “In the ‘bah humbug’ of it all.”

Gordon Lightfoot wrote this folk classic in 1975 after reading a Newsweek magazine article on the sinking of the Edmund Fitzgerald, which claimed the lives of 29 men.

The haunting melody was derived from an old Irish dirge he’d heard when he was three-and-a-half years old. “I think it was one of the first pieces of music that registered to me,” he told Reddit users in an online chat in 2014.

The song reached No. 1 in Canada and No. 2 on the Billboard Hot 100 charts in the United States.

Written by band members Randy Bachman and Burton Cummings, this 1969 song extended The Guess Who’s popularity beyond their home of Canada, hitting No. 6 on the Billboard Hot 100 charts in the United States.

“In my solo shows I always introduce ‘These Eyes’ as the song that changed our lives and it’s so true,” Randy Bachman wrote in an article for the Toronto Star. “‘These Eyes’ went on to sell over a million copies and was followed by several more million-sellers. My life was, indeed, forever changed. Burton and I were ultimately anointed as Canada’s Lennon & McCartney.”

In 1971, Neil Young recorded the yearning “Heart of Gold” while recovering from a slipped disc. Physically unable to play the guitar, he booked a recording session with a group of country music session players in Nashville.

“Heart of Gold”—along with “Old Man” and “Dance Dance Dance”—were cut in their basic forms during this single session.

Although Stan Rogers tragically died at the age of 33, he certainly left his mark on Canada.

His most popular song, “Northern Passage,” is hailed as Canada’s unofficial national anthem and was ranked the fourth greatest Canadian song of all time on the 2005 CBC Radio Series 50 Tracks: The Canadian Version.

“Good Mother” was one of six top 10 singles on Jann Arden’s 1994 album, Living Under June—an album that sold more than 500,000 copies and earned her three Juno Awards, including Songwriter of the Year and Entertainer of the Year.

Lang’s version of Leonard Cohen’s “Hallelujah” is lauded as one of the best covers of the Canadian classic.

In 2006, at Cohen’s induction into the Canadian Songwriters Hall of Fame, Lang was given the chance to prove her worth and perform it in front of the legend himself.

“I was excruciatingly nervous,” Lang later told CTV. “I kind of settled on the fact that I can only give him my interpretation of his work, and just laid it out there.”

What’s your favourite song from a Canadian artist? Let us know in the comments!