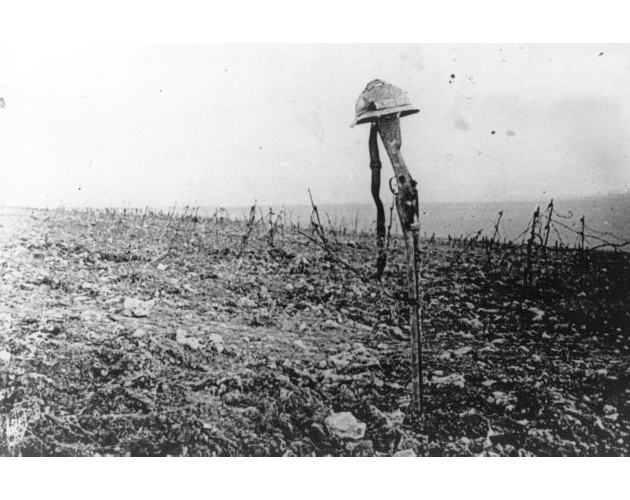 Here, Canadian actor and playwright R.H. Thomson on the creation of his five-year project, The World Remembers

Far from Avonlea’s roads and the countless theatre stages he’s graced to high praise over the course of his career, celebrated Canadian actor and director R.H. Thomson has taken on a new role — a messenger of sorts, speaking up for voices silenced long ago.

Thomson’s First World War initiative, The World Remembers, launched in October 2014 , honours the memory of the more than nine million people of around the world, of every nationality, who perished fighting in the war. The World Remembers ensures their names “will be displayed around the world; on public buildings and on the internet. Each name will appear at a designated time and will circle the world through the cities of participating countries.”

This year, which also marks the 100th anniversary of the Armistice of the First World War, the display of names of those killed in 1918 will include more than 1,003,000 names of soldiers who lost their lives from the United Kingdom, Canada, France, Germany, the United States, Turkey, Belgium, Australia, the Czech Republic, Ukraine, South Africa, Italy, New Zealand, Slovenia, China and the former British Indian Army will appear.

Historians “tell history because you learn from the past in order to survive the future better,” Thomson notes. “If you don’t have a rearview mirror in a car, you don’t drive as well.”

When the project launched four years ago, Thomson and I spoke about The World Remembers, the role the boomer generation plays as the “living memory” of the war’s aftermath, and the fact that, “These stories [are] sitting there…They’re in every family.”

MIKE CRISOLAGO: The World Remembers – is this something of a re-launch of your earlier Vigil initiative, which honoured the fallen Canadians of the First World War?

R.H. Thomson: It’s taking that Vigil idea, that was one country and 60,000 names, and saying “Hello, on the centenary it actually has to become a much broader, international idea.”

MC: What was it that inspired you to cultivate and bring this project to fruition?

RHT: It comes from many sources. It really comes from hearing people. It comes from a very angry man in Calgary who phoned me up after the (Vigil) and [asked] why wasn’t his family’s name there…It turns out he didn’t have his facts quite right about his family, but what was striking was his passion for it. And that’s when I thought, “Why would he be that angry, in this case, 95 years later?”

And I did a one-man play that I wrote called The Lost Boys based on my family, some of their letters, [and] lots of tragically killed great uncles. I played that play in three cities – Ottawa, Winnipeg, and Toronto – and every night people came back to the dressing room…[and] for months I heard these stories about their family, and they’re all about the war, and they’re all about not remembering, and it’s bottled up in there. These stories [are] sitting there…They’re in every family.

MC: As years pass and we lose more veterans, are we also in danger of losing that personal perspective that connects us to this massive, world-altering event?

RHT: People of my generation – we’re the grandchildren of the generation that came back from the war. So we’re their grandkids, so to speak, and we remember when we were three, and four, and five years old, the old men on the benches who kind of looked funny. So the living memory of the horrendous aftermath of that war is in my generation. We were told stories, and when our generation goes there’s no more living memory or connection to it. So I’ve always thought it’s my generation’s obligation to do this. It’s the centenary, man. You’ve got to do something different on the 100th anniversary.

MC: You must run into people who ask, though, why we need something like this when we already have Remembrance Day.

MC: What relationship do you feel Canadians have with our military history, given we are more modest and less likely to tout it than, say, the United States?

RHT: Do you have to be jingoistic and proud of it in order to tell it? Or can you just tell it? Or can you tell it because you think it has value for how you deal with the future if you know your past? If you don’t have a rearview mirror in a car, you don’t drive as well…You can also tell history stories to glorify your past, to glorify your nation, to build up your myths. You can do that as well. But the great historians don’t do that – they tell history because you learn from the past in order to survive the future better.

MC: This project will launch this year and last for four years. What is the ultimate goal, in your mind?

RHT: The core of it is to witness the names one by one. It’s not an end in itself – it really is a means to trigger and encourage other activity. So when you see a name, and it looks at you for 25 seconds – we know you have to look at a name for 20-25 seconds for you to start to reflect – then you think, and you witness, and you ponder, then you go home and you ask your family. It triggers engagement…For information to become memory, you have to experience it. And in experiencing the information it stops being a fact, and becomes an embedded memory. And when it’s an embedded memory, then it has value.

For more information on The World Remembers, click here.