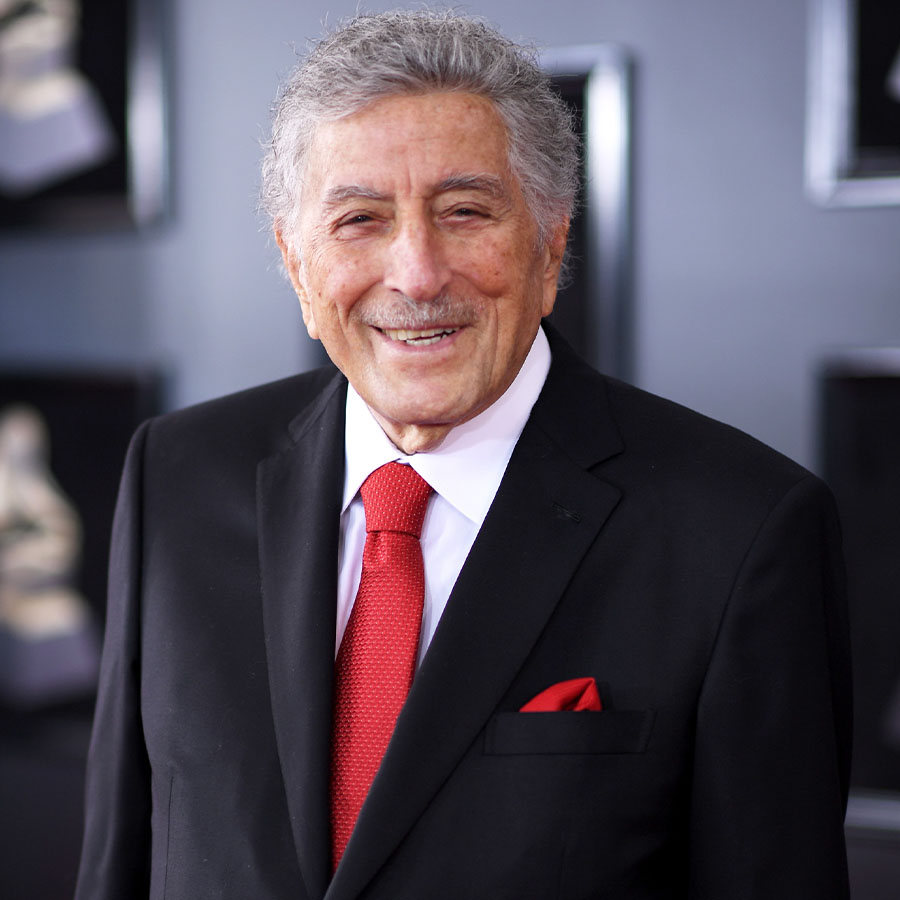 Tony Bennett was reportedly diagnosed with Alzheimer's disease in 2016 — two years before this photo was taken and the same year he marked his 90th birthday with a star-studded concert at New York's Radio City Music Hall. Photo: Dimitrios Kambouris / Getty Images for NARAS

Legendary Singer Tony Bennett is battling Alzheimer’s disease. According to a new profile by AARP The Magazine, the 94-year-old multi-time Grammy winner was diagnosed with the disease in 2016 but has “so far been spared the disorientation that can prompt patients to wander from home, as well as the episodes of terror, rage or depression that can accompany Alzheimer’s frightening detachment from reality.”

The story notes that Bennett primarily stays in his high-rise New York home overlooking Central Park with his wife, Susan, 54, who noticed the first signs of the disease in 2015 when the singer couldn’t remember the names of the musicians he was playing with on stage — something that she thought, at the time, was simply a normal result of getting older.

“Although he can still recognize family members, he is, according to Susan, not always sure where he is or what is happening around him,” the story adds. “Mundane objects as familiar as a fork or a set of house keys can be utterly mysterious to him.”

Music, however, still plays an integral role in Bennett’s life — perhaps more so than ever before. The singer’s neurologist, Dr. Gayatri Devi, spoke with AARP and noted that she recommended to his family that he continue to perform — which he still does at home, two times a week for 90 minutes — because “it kept him on his toes and also stimulated his brain in a significant way.”

Bennett’s wife remarked to AARP that, while Bennett would often become disoriented backstage before a show, once he got onto the stage he performed so well that you wouldn’t even know he was ill.

Of course, much has been written in recent years about the therapeutic power of music — particularly nostalgic music — in helping people cope with everything from cognitive diseases to loneliness and isolation.

And Bennett’s wife, Susan, told AARP, “Singing is everything to him. Everything. It has saved his life many times. Many times. Through divorces and things. If he ever stops singing, that’s when we’ll know …”

Even Bennett himself, when asked by Zoomer for his advice on aging well ahead of his 90th birthday concert at Radio City Music Hall in 2016 — which, as it turns out, occurred after he’d received his Alzheimer’s diagnosis — tied his answer to music.

“In the moment that I’m performing, at the end of the performance … I hope that [the audience] feels like I feel — it’s just a gift to be alive. It’s not regret, it’s not tragic. It’s a miracle to be alive at 90 and feel well and have all that energy that still goes on.”

Meanwhile, the singer, who also appeared on the cover of Zoomer‘s Winter 2012 issue, has another album in the works — one that he originally recorded between 2018 and 2020 with Lady Gaga as a follow-up to the pair’s chart-topping, Grammy-winning 2014 duet album Cheek to Cheek. The AARP story notes that it could prove Bennett’s final album — it adds that he struggled with the effects of Alzheimer’s during the recording sessions, bringing Lady Gaga to tears at one point — which contributed to Bennett’s family’s decision to go public with his Alzheimer’s diagnosis.

Still, Bennett’s neurologist told the publication that the singer’s brain, though battling Alzheimer’s, remains “amazingly versatile” and is “functioning well” in many respects. “He is doing so many things, at 94, that many people without dementia cannot do,” she added. “He really is the symbol of hope for someone with a cognitive disorder.”

It’s a positive ray of light projected on a sad situation — a perspective, it seems, that is very much in line with Bennett’s outlook on life.

When Zoomer asked him, in 2016, why he keeps performing, he responded, “I just love it. I like to make people feel good. There’s so many things in life that bring the public down and make them unhappy. And the one hour that I perform, I try to lift up their spirits and make them feel good about life. And when they feel good, I sleep well.”