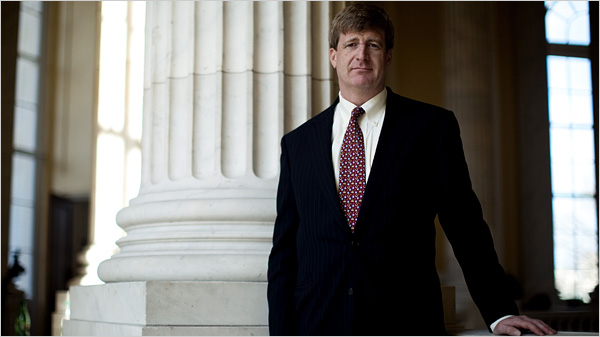 By Charlotte Bumstead
For the last half-century, the Kennedys have played a significant role in political and social history; a family who, at one time, held both the presidency and two Senate seats. But with Representative Patrick J. Kennedy’s eighth term wrapping up early next month, the family name will be withdrawn from its position of power in national office for the first time since 1947—the year John F. Kennedy was elected to congress. Mr. Kennedy, 43, surrenders his office space to a Republican and voices plans to return to his farmhouse in Rhode Island as early as Friday.
With no other family member expressing plans to run for office, this will mark the end of the Kennedy legacy at Capitol Hill. The only politician left among them is former mayor of Santa Monica, Bobby Shriver, who remains on the City Council. According to Brookings Institution scholar Darrell M. West, “It’s a pretty dramatic fall, and it’s symbolic of the decline of liberalism.”
Read more here.