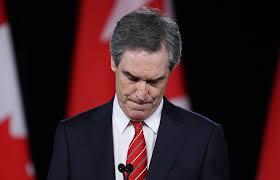 Fresh off a disastrous showing in yesterday’s federal election, Michael Ignatieff has announced he’s resigning as Liberal leader. Despite the party’s solid platform of issues aimed at Zoomers, Ignatieff himself was never able to connect with older voters, most of whom backed Stephen Harper or Jack Layton. Suggesting he will now return to his first love – teaching – Ignatieff ended his failed political venture with this parting shot: “I think the surest guarantee of a future for the Liberal Party of Canada is four years of Conservative right-wing government and four years of NDP left-wing opposition.”