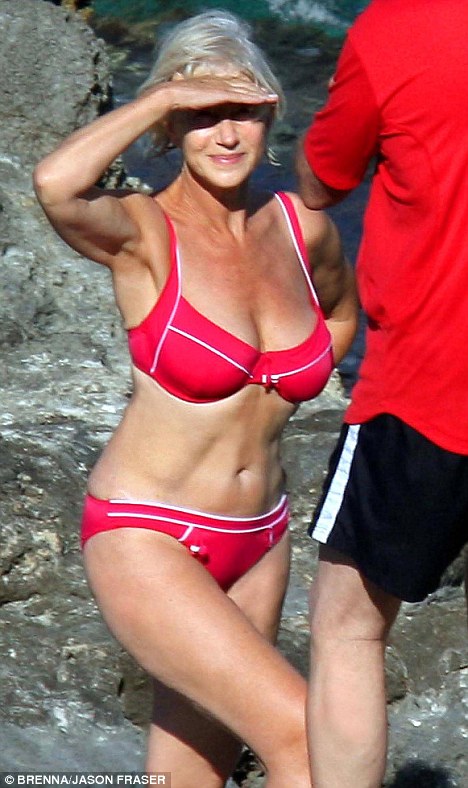 The red bikini, which 66-year-old Helen Mirren famously wore proving one can still be sexy in their sixties, is being donated to raise money and help keep Britain’s elderly warm this winter.

In 2008, Dame Helen made headlines when photographed in the two-piece while on vacation ­ and people haven’t stopped talking about it since. The veteran actress was even awarded the title of ‘Body of the Year’ in a survey conducted by the L.A. Fitness health club chain last summer, beating supermodels Elle MacPherson, Kelly Brooks as well as Jennifer Lopez.

While Mirren loves the bikini as much as her fans do, she was ready to part with it for a good cause, telling reporters: “I’m saying farewell to it a ittle bit regretfully but hopefully it will go to someone who will fill it with as much aplomb as maybe I did … It happens to be one of the best bikinis in the world because it fits! The minute I bought it I loved it because it’s so hard to find a bikini that fits if you’ve got bosoms like I have.

If you would like to enter a prize draw to win the bikini by making a donation to Age UK visit Itv.com/Daybreak.