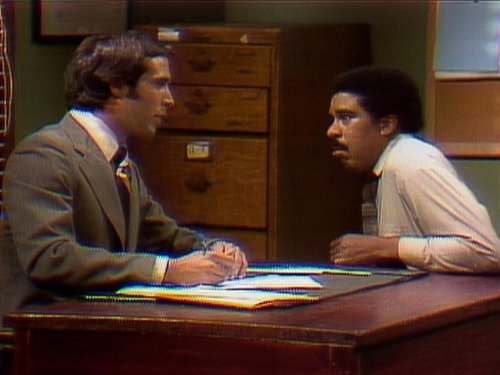 Long before Alec Baldwin’s clash with American Airlines and controversial take on the situation aired on Saturday Night Live, one legendary comedian was making waves of his own on the iconic comedy program.

Thirty-six years ago today Richard Pryor made history TWICE in the same evening as he hosted the fledgling show’s seventh episode. Pryor became not only the first African American to host SNL, but also the first host to appear on a tape delay.

The not-so-live episode of SNL ran on a seven-second tape delay due to Pryor’s penchant for foul language. The employ of the tape delay on Saturday Night Live has only occurred twice since: once in 1986 with host Sam Kinison and again in 1990 for host Andrew Dice Clay. Do you see a pattern forming here?

Seeing that the anniversary of Pryor’s passing was last Sunday, we thought it would be appropriate to pay homage to a comic legend on the anniversary of a day when he marked yet another achievement in his truly groundbreaking career.