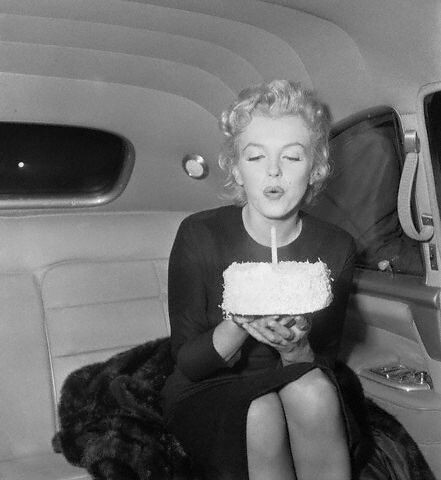 Today marks the birthday of Hollywood’s most famous screen star, Marilyn Monroe. Born on June 1, 1926 as Norma Jeane Baker, her short life — from the orphanage to Hollywood lights, failed marriages and eventual tragic death in 1962 — followed such a dramatic arc that she remains an object of fascination and appeal for Zoomers who remember her and the millions of curious younger fans who don’t.

Even a half-century after her death, her fame improbably endures: she’s the focal point of two upcoming feature films, a book of her writings came out recently, numerous calendars of her images appear each year and, this past November, she was once again getting full celebrity treatment on the cover of Vanity Fair.

Plus, “Life as a Legend: Marilyn Monroe,” a touring exhibition of photographs, videos and art pieces recently concluded its popular run across North American, including successful stints at the McMichael Canadian Art Collection in Kleinburg, Ont., the Glenbow Museum in Calgary, the Winnipeg Art Gallery and the Art Gallery of Nova Scotia, Halifax.

So how can we explain this vice-like grip she has on popular culture? And to what extent has her enduring status as Hollywood sex symbol, blinded us to who she really was as a person and a performer?

Perhaps the best way is to go back and look at how it all began. The time was post-war America and the richest and most powerful nation had begun exporting its ideology, way of life and cultural icons to the rest of the world. Unquestionably, the brightest and most alluring of all the stars bursting out of Hollywood was Marilyn Monroe. In an era when gentlemen preferred curvy blonds, she became the focal point – newspapers, magazines, movies and the fledgling television industry just couldn’t get enough of her image.

Re-watching her movies it becomes painfully clear that Marilyn didn’t become famous for her acting ability. But that didn’t hold her back. She had one role, which she played to perfection – a part that film critic Pauline Kael once described as a “mixture of wide-eyed wonder and cuddly drugged sexiness.” She used this talent to full effect: starring in movies, touring shows and on pin-up calendars, she earned the fame and fortune she long desired but was so incapable of handling.

While her uncanny ability to captivate us through the camera was her greatest skill, she never seemed entirely comfortable with it. “My great ambition is to have people comment on my fine dramatic performances,” she told one reporter, while begging another: “Please don’t make me a joke.” To this end, she began taking lessons and lobbing the studios to give her more far-reaching roles. Her letters and diaries from this time are full of passages in which she writes movingly about her struggle to be taken seriously, not only as an actress but also a person.

Marilyn spent her latter years fighting a losing battle against Hollywood studios and the dumb-blond roles they continually foisted on her. As frustration with her career and the pressures of fame began to mount, perhaps she foresaw her early demise. “Sometimes I think it would be easier to avoid old age, to die young,” she once said, not long before her death by overdose at age 36. “But then you’d never complete your life, would you? You’d never wholly know you.”

Sadly, time ran out before Marilyn could fully understand her real persona, distinct from the one her public knew her by. But as the years go by, we’re gaining a better understanding that she was much more than a bombshell. We’re finally discovering a person with surprising intellectual depths who tried to come to grips with her unreal situation, and an actor who was serious about her craft and went to great lengths to improve.

A new and more positive perspective on Marilyn’s life and times – it’s the kind of birthday present she would have absolutely loved.