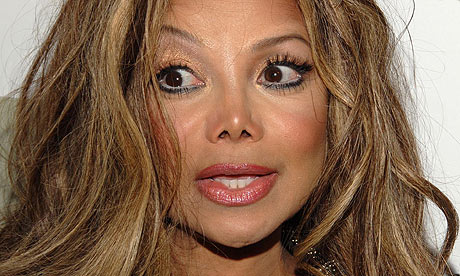 Yep, you read that right. It looks like Oprah’s OWN Network is adopting a new formula to increase ratings next season. OWN has announced that they will be airing a new reality series featuring 56-year-old  La Toya Jackson called Life With La Toya. Just what the Jacksons need. It seems the series will be attempting to keep up with the Kardashians as well as other drama-filled fly-on-the-wall shows like Jersey Shore. There is no word yet if Michael Jackson’s kids will take part. But after the recent high-profile custody battle with Jackson’s mother, we are sure there will be no shortage of material. La Toya told reporters, “This will be one of the most exciting adventures of my life.” And OWN’s network co-president Sheri Salata said, “We are delighted to work with La Toya to bring this new show to OWN viewers.” Well, this should be interesting, to say the least.