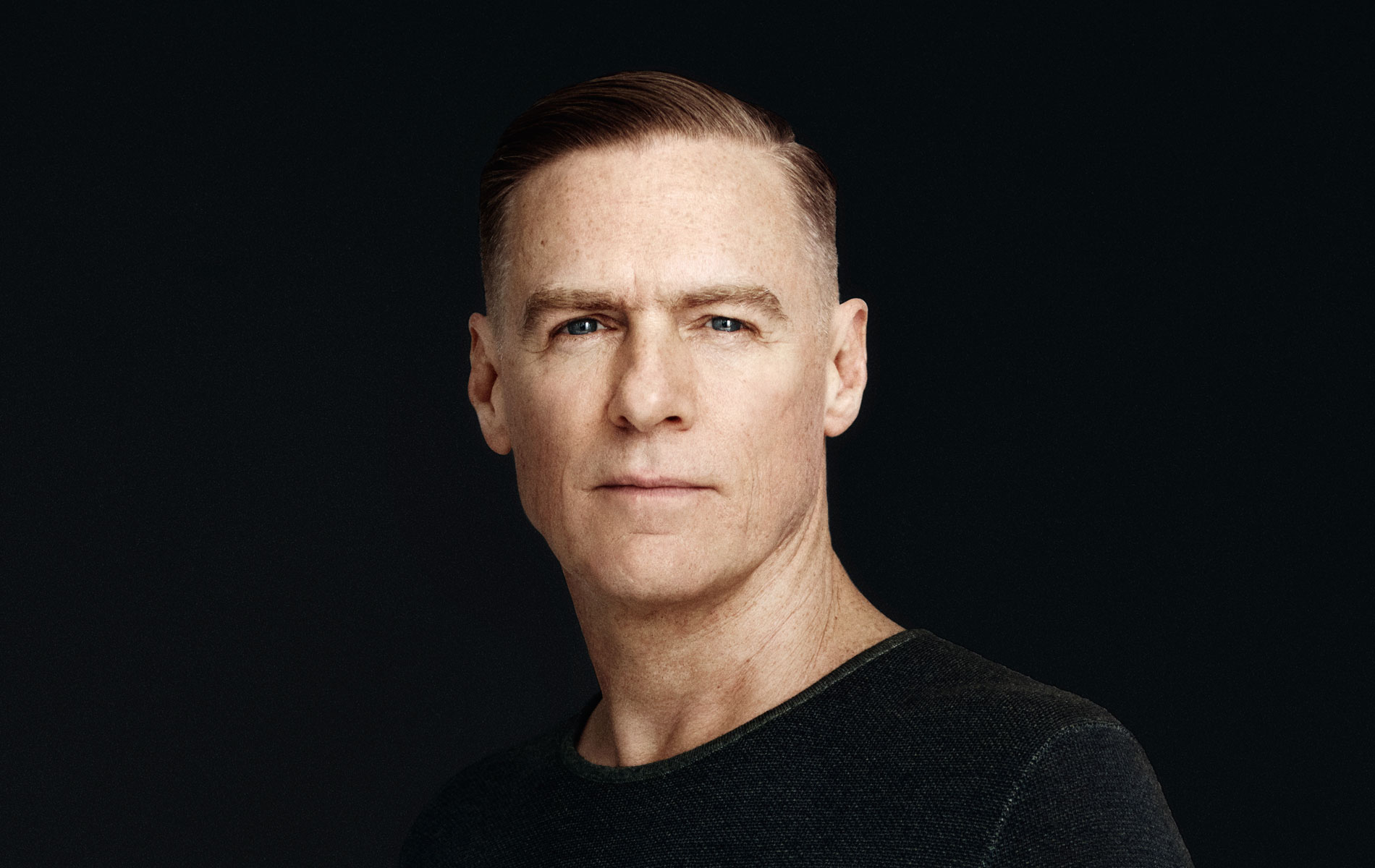 Self-portrait of Bryan Adams in his London studio. Image from Exposed by Bryan Adams, published by Steidl.

Bryan Adams takes it off the road and into the studio — photography, that is — with his new book of portraits, Exposed. Suzanne Boyd zooms in.

1996: The Warehouse Studio, a historic building still under restoration, Vancouver. There are contact sheets of pictures of Linda Evangelista on a desk in the back office. “Who took those?” I ask. “I did,” replied the recording studio’s owner, Canadian rocker Bryan Adams. “Really?” I rejoined but then turned to the matter at hand, interviewing him for Flare magazine, for the launch of what turned out to be yet another hit-laden album in the Adams’ oeuvre, 18 ‘Til I Die. Months later, he called to let me know that he would be launching the Evangelista-Adams Centre for Breast Screening in the supermodel’s hometown of St. Catharines, Ont., with a dinner and benefit concert, and asked if the magazine would be a sponsor. My rejoinder – a better one this time: “Sure, and would you let me publish the picture that you took of Linda to accompany the coverage?”

And we did just that. From that sprung Made in Canada, a portrait book of Canadian women to benefit breast cancer research, a project I worked on with him and which was published in 1999. Since then, he’s produced several other books for breast cancer charities, including American Women, commissioned by Calvin Klein. Exposed (Steidl), with foreword by Elton John, out this month, is his first book for the sake of art itself.

For many artists, the flow of creativity means there must be more than one form of it, and I believe that Adams’ famously driven work ethic springs from that need – to always be creating. (Speaking of which, Adams is a newly minted father, too. His daughter, Bunny, is a little more than a year old.) “I started taking pictures while on tour way back when,” he once told me, and there it is, the duality of his artistic expression. He began to seriously develop his craft in the late ’90s, turning his kitchen in his London, England, home into a photography studio and working on photographic projects on time off from his “day job.”

Adams’ work has been mounted in art shows, commissioned for ad campaigns such as Hear the World and Guess and appears in a variety of international publications from Vanity Fair to L’Uomo Vogue. His photography has a chiaroscuro quality, where dark and light shadow-play contrast for dramatic images, whether they be edgy fashion-forward ones of models and style-world luminaries like Daphne Guinness for his own European arts magazine Zoo – not to be confused with this publication – or his majestic portraits of icons from Deepak Chopra to the Dalai Lama that have graced the lion’s share of our covers. And all proceeds from his photography work go to the Bryan Adams Foundation (www.thebryanadamsfoundation.com).

Suzanne Boyd: This book is a compilation of 10 years of your photography work. How did you curate the final images?

Bryan adams: It was a slow process. Hours and hours of going through old contact sheets, working with my design team and trial and error. I found if I went away from it for a week or so, I was able to see where the faults were. I also took advice from some good people like [editor] Ingrid Sischy and [fashion editor] Katy Barker. I’ve been talking about doing it for ages, but putting it into practice came from working with my editor of Zoo magazine, Sandor Lubbe. He pushed me to get it done.

SB: Is there a theme in terms of subjects?

BA: Yes, they are all great characters, and it’s character that attracted me to portrait photography in the first place.

SB: Your launch exhibit was in Moscow’s Multimedia Art Museum. Why Moscow?

BA: I wanted my first exhibition to be in a museum and not a gallery. There will be another one in Dusseldorf, Germany, in February; it will be a more extensive selection of images than what is in the book. It will also include a separate room of portraits of wounded soldiers who have come back from the Iraq and Afghan wars. Calvin Klein is holding a book-signing for me in NYC during fashion week. They have always been really good to me.

SB: Some cultures believe that when someone has their picture taken, it can steal the soul. How do you connect with your subjects to get such soulful portraits?

BA: I’m flattered you think they are soulful. I just go about taking photos until I think I’ve found something that is out of the ordinary, perhaps even extraordinary, if I get lucky. A lot of it depends on the subject and how much they will reveal. Some shots in this book are first frames – in other words, the first picture of a session. Others took longer. Some were unconscious moments with my snap camera.

SB: What do you think these photographs say about you as an artist?

BA: That could be interpreted many ways, and it’s not for me to decide. It’s a document of a lot of interesting people from a particular time. Some are even gone now – Michael Jackson, Amy Winehouse, [the sculptor] Louise Bourgeois. And because they weren’t shot at the same time or, in fact, in the same way, it has a rather peculiar style, and peculiar suits me.