Frida & Diego Reunited at the AGO 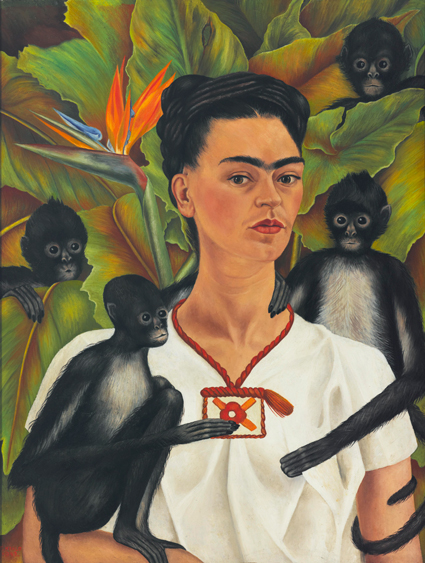 It’s a story of love, pain and revolution told in the delicacy of a brushstroke. Renowned Mexican painter Diego Rivera, then 42, the “painter of the history of the revolution in Mexico,” married an unknown 22-year-old artist named Frida Kahlo. They embraced art and communism and rallied against the plight of Mexican workers. They held close to each other passionately – and other lovers secretly. Yet through their battles, both personal and political, they proved inseparable. And inseparable is how they remain, sharing 17,000 square feet of exhibit space at the Art Gallery of Ontario (AGO).

Frida & Diego: Passion, Politics and Painting offers a rare and fascinating opportunity to see the work of these two artists in the same exhibition.

“This makes it a more personal, more intimate view of both artists,” Carlos Phillips Olmedo, director of the Mexico City-based Museo Dolores Olmedo PatiÃ±o, which supplied much of the artwork on display.

The fact that the works of both artists are displayed simultaneously brings to light an intriguing contrast between the two.

“Rivera was painting the social revolution – He was painting his love for Mexico,” Dot Tuer, art professor, historian and guest curator of the exhibit, said. “Frida’s paintings were very personal. They weren’t meant to be in (galleries).”

And yet, side-by-side, each piece compliments another, much like the artists did in life. The exhibition features portraits of politics and sensuality, revolution and the eternal connection between humans and nature. Paintings depicting both artists abound, as do images illustrating Kahlo’s heart-wrenching sadness at her inability to bear children due to a serious accident in her youth. Among the works are some of each artist’s best-known pieces, from Kahlo’s Self-Portrait with Monkeys and Henry Ford Hospital to Rivera’s The Flowered Canoe and Young Man with a Pen (Portrait of Best Maugard).

As well, peppered throughout the exhibit are photos of the artists at various ages and locales, including childhood and even funerary images. At the entrance, a floor-to-ceiling portrait of a petite Kahlo embracing her much larger love, both smiling warmly, welcomes visitors as if into their home. Fitting, as the exhibit, though not as large in scale as Picasso’s – the gallery’s previous tenant – is so much more intimate. The artwork, the photographs, the video of the couple playing on one of the walls all suggest less of an art gallery setting and more of a snoop through the timeline of Rivera and Kahlo’s lives.

Sure, the real Rivera-Kahlo timeline didn’t include a gift shop at the end, selling the likenesses of the dedicated communists’ works on everything from candles to postcards to an iPhone cover. Still, despite the ironically capitalist finale, this is an intensely beautiful and engrossing exhibition. The bar has officially been set for future AGO attractions.

Frida & Diego: Passion, Politics and Painting runs from Oct. 20, 2012, to Jan. 20, 2013, at the Art Gallery of Ontario. For information on the exhibit and related events (including film screenings, talks and culinary offerings, go to the AGO’s website).