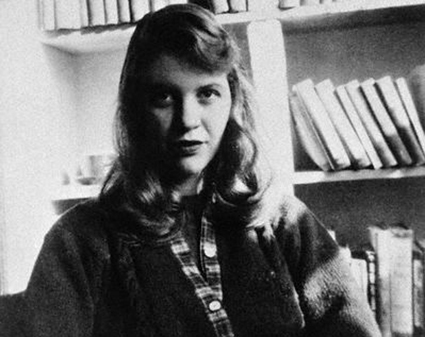 Sylvia Plath was only 31 at the time of her death in 1963, and the writer’s short life exemplified that of a tortured artist, filled with melancholy and unrealized success. Although she is credited as one of the most important American women writers, most of the accolades came posthumously, including a Pulitzer Prize in 1982 for The Collected Poems.

Plath was born in Boston on Oct. 27, 1932. Beginning at the age of eight – the same year her father died of complications from diabetes – Plath began being published, with her poems and short stories appearing in regional magazines and newspapers and a national publication in the Christian Science Monitor coming just shortly after high school. She was ambitious and troubled. She would excel at Smith College but battled depression, receiving electroconvulsive therapy after a disappointing internship at Mademoiselle magazine and refusal of admission to the Harvard writing seminar. This was followed by her first suicide attempt, bizarrely crawling under her mother’s house to take sleeping pills.

Plath is considered a forerunner to feminist writers, her work expressing anger about the lack of sexual freedom for women in the ‘50s and the double standard between women and men. A tumultuous six-year marriage to British poet, Ted Hughes, with whom she had two children, and Plath’s continuous battle with depression led up to her tragic suicide in a London flat in February 1963 – just months after the dissolution of her marriage. Her work, including the semi-autobiographical novel, The Bell Jar, released shortly before her suicide, and Ariel, a collection of poems published two years after her death, received the critical praise she’d always craved. Hughes was widely criticized for withholding much of her unpublished work for close to 20 years.

Fascination persists with Plath and her death from carbon monoxide poisoning; she allegedly put her head into a gas oven. Gwyneth Paltrow was celebrated for her portrayal of Plath in the 2003 biopic, Sylvia, also starring Daniel Craig as Ted Hughes. Today would have been Plath’s 80th birthday. Who’s telling what her influence could have been had she survived to celebrate it.