Leonardo and Joanna Sitting in a Tree… 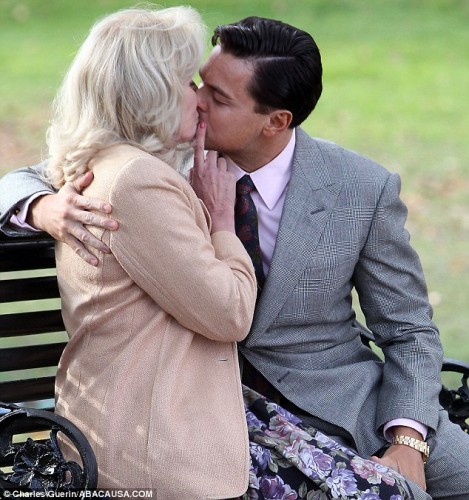 Actor Leonardo DiCaprio is no stranger to romantic rendezvous with A-list actresses and models, from Blake Lively to Gisele Bündchen and Bar Refaeli. Now, you can add English actress Joanna Lumley to the list – sort of.

Lumley, 66, best known for her role on the British television comedy Absolutely Fabulous, and DiCaprio, 38, were photographed locking lips earlier this week. Multiple cameras caught the pair as they kissed in Prospect Park in Brooklyn, New York, including one lens wielded by legendary Hollywood director Martin Scorsese. The tender moment was, in fact, filmed for Scorsese’s upcoming movie The Wolf of Wall Street, about the life of convicted financial fraudster turned motivational speaker Jordan Belfort.

Despite the scripted nature of the kiss, the Daily Mail reports, “Joanna had a broad smile on her face as she came up for air between takes” and that the two had a good time together between takes.