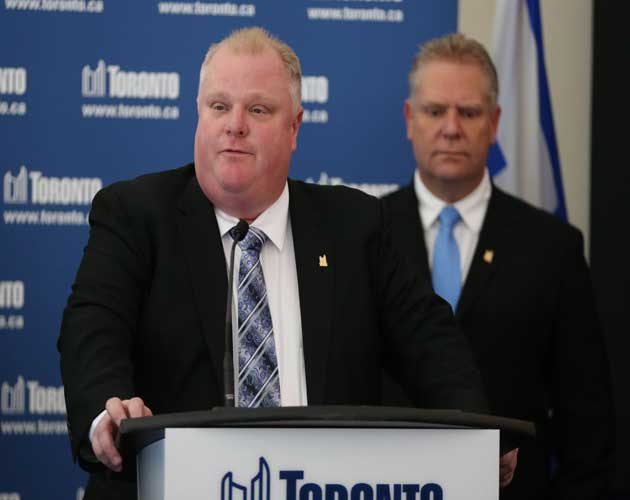 It’s settled. Mayor ‘Rubber’ Rob Ford, Toronto’s municipal Teflon Don, if you will, is keeping his post running the country’s largest city. An appeal to overturn an Ontario Supreme Court decision that nearly ousted him from office back in November proved fruitful. A few months ago, it looked as though Ford would get more than just a slap on the wrist for violating conflict-of-interest rules – the seemingly innocuous combination of football, fundraising and city letterhead almost stymied the leader some love to hate.

The Supreme Court’s original decision was met with celebration from Ford detractors. He has been seen as a polarizing mayor from the outset, winning 47 per cent of the popular vote in 2010, meaning a little more than half of the electorate didn’t support him. The vote split saw him win over the city suburbs (Ford resides in Etobicoke) and lose out the wards of the downtown core. Interestingly, when mapped the distinction of for- and against-Ford follows similar boundaries to pre- and post-Metro Toronto – the city’s last amalgamation annexing those pro-Ford enclaves back in 1998. Ford has to mend more in the mega city than a crumbling expressway and strained budget. He has got to bridge an ideological divide that finds him living on one side, employed in the other but, ideally, working for both.