Super vets to watch in the Super Bowl 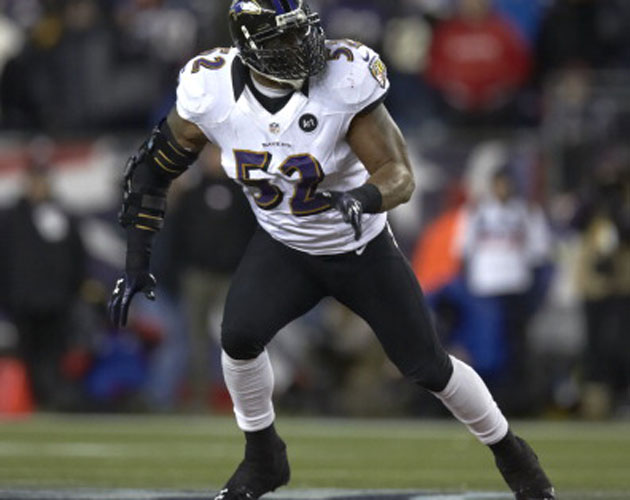 In football, anyone over the age of 33 is considered a grizzled veteran. Who else but athletes in their prime – usually their mid- to late-20s – can withstand the rigours of this physically demanding and speed-driven game?

Still, there are some exceptional athletes who do survive well past their sport’s Darwinian due date and manage to more than hold their own against much younger competitors.

So let’s salute some of the “old” pros; – especially those playing in this Sunday’s Super Bowl match between the San Francisco 49ers and Baltimore Ravens – “savvy vets” who remain at the top of their game despite their “advanced” ages. But first, a trivia question: Who was the oldest player ever to play in a Super Bowl game? See the answer below.

Ray Lewis (age 37) The always controversial Lewis, who will call it quits after this Super Bowl, remains a key player on the sturdy Ravens’ defence corps. Lewis spent much of the week leading up to the game furiously defending himself against allegations that he used a banned substance (deer antler spray!) to help him cheat Father Time and recover quickly from torn right triceps he suffered earlier this season.

Matt Birk (age 36) This old warrior plays centre, one of the most physically demanding postions in football. Still, he has no intention of calling it quits, especially with six kids to support. And his family is entirely supportive of his decision to remain playing: “In the offseason, I’ll be home for a month or two and they’ll be like, ‘Isn’t it time for you to go back to work?'”

Ed Reed (age 34) Safety Ed Reed continues to defy his age and remains one of the best at his position. Throughout his celebrated career, he’s had the uncanny knack of coming up with the big, game-changing interception. Like his long-time teammate Lewis, he also stirred up controversy this week.

David Akers (age 38): Akers will be the oldest player in this year’s Super Bowl. Despite having an up-and-down season, he did tie the record for longest field goal in history and if this Sunday’s game is close, the margin of victory could come down to his ability to put the ball through the uprights.

Randy Moss (age 35) This future hall-of-famer (and self-proclaimed Greatest of All Time) is no longer the 49ers’ first receiving option. But thanks to his veteran savvy and sure hands, he should be good for an important catch or two, perhaps finally winning his first Super Bowl.

Frank Gore (age 34) Though very old by running back standards, if Gore is able to run for good yardage, he’ll loosen up the Ravens’ defence and allow star quarterback Colin Kaepernick to perform his magic.

Trivia: So who was the oldest player ever to suit up for a Super Bowl contest? That would be St. Louis Rams’ punter Mike Horan, who in 2000 helped the Rams defeat the Tennessee Titans ­– just two days short of his 41st birthday.