Conrad Black Is Back 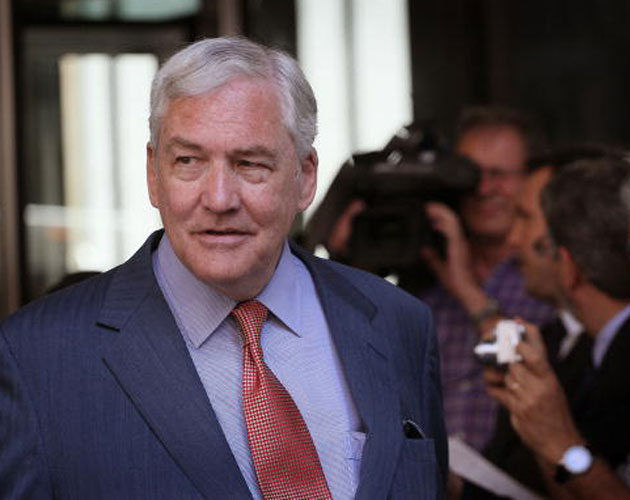 ZoomerMedia founder Moses Znaimer believes that Conrad Black is the type of person you’d want to invite to a dinner party. So, naturally, that’s where ZoomerMedia staffers assumed they were heading when they saw the two walking through the halls late last year. Little did we know, something much bigger was in the works.

Black, in fact, has signed with ZoomerMedia to host a weekly news magazine on VisionTV. The Zoomer — Television for Boomers With Zip, co-hosted by Denise Donlon, will provide a boomer perspective on current news and events along with Black interviewing major personalities and offering his take on hot button issues.

“I (sat) on a panel with Conrad Black and Denise Donlon, and he did note my use of the word ‘schmaltzy,’” Boyd quipped, referencing Black’s famously extensive vocabulary.

Black is a polarizing figure, already raising eyebrows even before hitting the air. Nevertheless, reports of the upcoming news magazine show made headlines across Canada and south of the border with publications such as The Hollywood Reporter. The news also sent many social media users “a-twitter.”

CBC News anchor Peter Mansbridge was among the many journalists and news outlets tweeting about the news. Maclean’s journalist Jonathon Gatehouse joked that he’s “pulling for Tom Green as his sidekick,” while Winnipeg-based Global TV reporter Lauren McNabb called for viewers to “Grab your dictionaries and maybe a glass of port!” Meanwhile, New York Times and Canadian Business writer Bryan Borzykowski is looking forward to Black’s VisionTV debut: “This will be amazing … whether it’s good or bad, you can bet it will be entertaining.”

For preview videos of the pilot episode of The Zoomer — Television for Boomers With Zip, click here.