Facing up to the age-old question 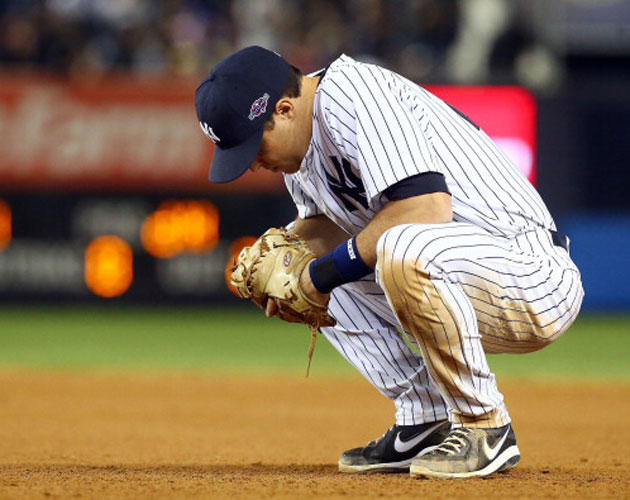 When should we consider a professional athlete old? Is it when he reaches a certain chronological age or when he can no longer keep up with the kids, recover from injury or perform at the same level fans have come to expect?

And how should we value an “older” athlete? Do his experience, leadership and past contributions outweigh his fading skills on the field of play? Does he justify the multi-million dollar contract or should that money be directed toward a younger player with a more promising future?

A recent Wall Street Journal article posed some of these difficult questions to Mark Teixeira, a first baseman with the New York Yankees whose career arc is definitely on the downswing.

At 33, the man they call “Tex” knows he can still be a useful contributor to the Yanks as they make their yearly pennant run. Yet he’s also reached an advanced age (in sports terms, anyway) where his speed and skills have begun to decline noticeably. Team management have already begun looking for a younger, longer-term replacement.

But Teixeira remains an oddity in sport: unlike most athletes, he faces the age issue head on and addresses it in a refreshingly forthright manner.

“Maybe I’m slowing down a tick. Look, I’m not going to play forever. Eventually you start, I don’t want to say declining, but it gets harder and harder to put up 30 [homers] and 100 [RBI],” he told the reporter.

Having reached that point of self-realization, Teixeira is no longer trying to fight time, realizing he can’t possibly be the player he once was. “To think that I’m going to get remarkably better, as I get older and breaking down a little bit more, it’s not going to happen.”

Now he’s channeling his efforts on the things he’s still better than others at. “Instead of trying to do things differently on the backside of my career, why not focus on the things I do well, and try to be very good at that?”

Fans are never happy to watch a once-great player begin to fade before their eyes. It also takes a tremendous toll on the athlete’s psyche. Teixeira, however, is one athlete who’s adopted a realistic philosophy, one that should make his eventual transition from beloved athlete to everyday citizen a whole lot easier.