On Stage at 60: The Passion of Peggy Baker 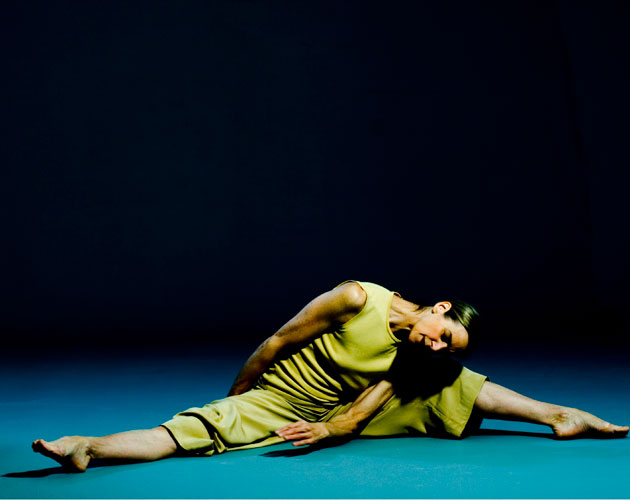 Professional dance careers, like any profession that calls for exceptional athletic ability, are often short-lived. Dancers begin training very young and once they reach their mid-thirties they must consider a new path. Unless you’re Peggy Baker. The highly acclaimed contemporary dancer has an endless-list of achievements that span her four decades in the industry, including a Governor General award for Lifetime Achievement.

Baker is one of those people lucky enough to find her passion and also be exceptionally good at it. An unforgettable performer, with strength both emotionally and physically, she’s been described as an icon and has changed the path for her successors. Contrary to many of Baker’s peers, in her late thirties she had a flourishing solo career and opened her own dance company, Peggy Baker Dance Projects, allowing her to extend her career as a dancer. And now, at 60, she’s not through yet. In fact, she speaks with more enthusiasm and verve about her new project, Stereophonic, than most twenty-somethings just starting out in their respective careers.

Not to say there weren’t signs Baker needed to slow down along the way. “During my fifties I broke my foot and partially dislocated my shoulder and tore my quad. Things that were evidence to me that, ‘I am pushing too hard now.’ There wasn’t anything unusual that I hadn’t been doing for decades but now my body has changed,” Baker explained. “Part of that was driven by my anxiety of how much I was going to miss dancing and not realizing that something else would take its place.”

What would take the place of dancing? Choreographing, naturally. “When I realized this is winding down now, this is really winding down now, I started choreographing for other people and I’d go home and I was just as excited as I had been when I was the one doing the dancing. I realized I am fine! It doesn’t need to be me, I am so inspired by the people I am working with and I am so fulfilled by what we are doing together. I feel really lucky.”

Lucky, she is. Baker eagerly describes what it’s like to choreograph for her dancers who range from 25-62, “It’s really liberating. I get to transcend all of my inadequacies as a performer.”

Baker describes choreographing as dancing indirectly through her company members, and this is evident in her latest production for her company Peggy Baker Dance Projects, Stereophonic, as the dancers perform previous works executed by Baker.

“This woman, she’s Chinese and she’s got black hair down to here and she’s so refined. Just her physique- like everything about her she’s just so different than me. She’s like an Avatar. I get to live out something vicariously through her. That part is really exciting – the revivals or re-stagings.”

In order to successfully transition from dancer to choreographer, Baker needed to take a different approach. “I was using my feelings, my feelings as a dancer not emotional but physical sensations and now I am using my intellect, my intuition, my eyes, my empathy, because I’ve danced for so long. I can imagine what the next thing will be without needing to get up and do it.” That ability to anticipate is certainly a quality that comes with the wisdom of aging and experience of which Baker has years of to draw upon.

The transition that can be difficult during middle-age is something Baker has mastered. She has taken a time in life that for many indicates evolving one’s career, accepting changes in the body (especially when your body is your instrument) and adapting in an ever-changing medium – and she’s made it look like a piece of cake. Perhaps it’s because of her exceptional ideologies. In an age when we obsess with holding onto our youth, Baker describes middle age as “beautiful.”

“I do believe this thing about the poetry of every phase of your life. I think that you know, there’s something very, very beautiful about middle age and it’s got its own absolute poetry. It’s a time of mastery, it’s a time of the grace of letting go, forgiving, being grateful, appreciating what it is – it’s a time of reflection that you’re able to simplify your life in some way,” she reflected. “And you know, my husband, who died two years ago, used to say to me everyday, as I was going to the studio, ‘Dance who you are today. Don’t try to be someone else. Be in your skin.’”

Baker’s husband, Ahmed Hassan, died of multiple sclerosis at age 55. They were married for 21 years and Baker has been very open about her husband’s death, even performing in her wedding gown for The Neat Strange Music of Ahmed Hassan in the same year he passed. She told Sarah Hampson of the Globe and Mail at the time, “He had everything to do with why and how I kept going.”

As well as choreographing Sterophonic, Baker will perform in a solo she calls Epilogue, that was inspired by Hassan. She says of his death and her latest work, “I feel like that’s the first time I’ve been able to capture anything about that in choreography and I didn’t even know that that’s what I was going to do. I was tossing and turning and … I didn’t know what I was doing and I was looking for a way in and I didn’t have three different chairs when I came into the rehearsal. I had two chairs that matched and when I put them together I was like ‘that’s a couple.’ Then I started moving them.” She says of the title Epilogue, “It’s only in retrospect that I can come to articulate that in a piece of choreography or as a performance offering and that is so fantastic.”

Stereophonic runs from February 27 to March 3 at the Betty Oliphant Theatre. For more information go to www.peggybakerdance.com.