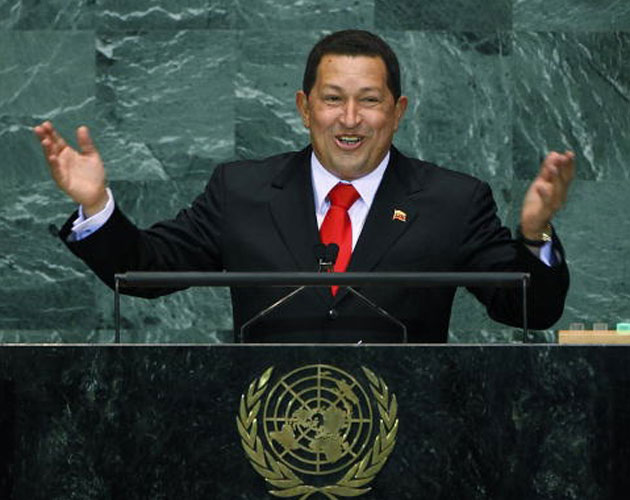 Longtime Venezuelan President Hugo Chavez, who served for 14 years as leader of the South American country, has died after a two-year battle with cancer. He was 58.

Venezuela’s Vice President Nicolas Maduro made the announcement during an emotional television broadcast, calling it “a moment of deep pain” and telling the nation, “We must unite now more than ever.”

Chavez has battled cancer since 2011, frequenting Cuba for treatment – most recently returning from surgery there last month.

Chavez was born into a working class family on July 28, 1954, in Venezuela’s Barinas State. He originally harboured ambitions to become a priest, but ended up entering the military. He went on to establish and lead the secret Bolivian Revolutionary Army, including during a failed coup d’etat in 1992. He eventually went on to help form The Fifth Republic Movement, the political party he led when he won his first presidential election in 1998. He began his first term as president in February 1999 and has held the position ever since despite attempts by political opponents to unseat him, including a failed referendum in 2004.

The charismatic leader boasted millions of supporters for his policies and his anti-capitalist and anti-American views. Opponents pointed to abuses of power, politically-motivated arrests/actions, and human rights concerns as blights on his presidency. Despite that, Chavez handily won his most recent term in office last October.