Rumour Has It: Is Kate Middleton Having a Girl? 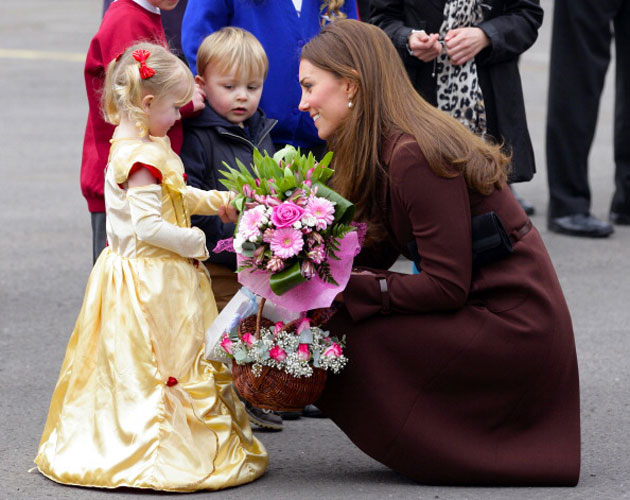 Royal baby watchers everywhere are dizzy with excitement after the Duchess of Cambridge accidentally revealed the sex of her and Prince William’s baby. Well, sort of. According to a number of sources, including Hello! magazine, when an admirer offered her a teddy bear during a walkabout this week she said, “Thanks, I’ll take that for my d…” She could have been saying, “I’ll take this for my dashing future son.” ? The Royal couple have said they won’t reveal the sex until she gives birth. So we’ll all have to hold our horses until her due date in July. However, if the baby is in fact a girl, it will be a game-changer since the new Succession of the Crown bill decreed that their offspring would be heir to the throne regardless of his/her gender.