Rumour Has It: Bieber’s British Breakdown 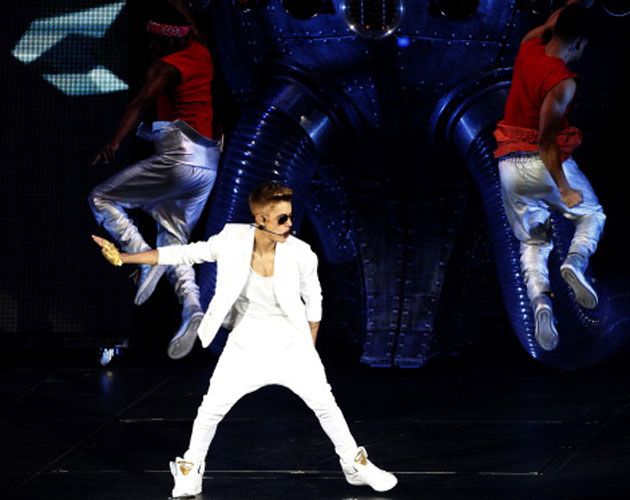 This weekend when your children or grandkids are busy discussing the latest Justin Bieber scandal, surprise them with your knowledge of the latest developments. Let’s just say every pop star needs their mommy sometimes. Justin Bieber may have turned the official adult age of 19 last Friday, but after a stop in London for his weeklong performance of four sold-out shows at O2 Arena, he might be overdue for a trip home to Stratford, Ont.

First, Bieber was allegedly kicked out of a club for trying to bring under-agers Jaden Smith (Will Smith’s son), 14, and rumoured girlfriend Ella-Paige Roberts Clark, 17, along for birthday celebrations. Sick of tabloids speculation, Bieber took to his Instagram, saying, “U (sic) think Will is letting his 14 year old in a club, I don’t think so.” Adding, “I love how the club wanted to give the press another reason to why (sic) we didn’t stay at their weak ass club so they wouldn’t look bad for me walking in and right back out.”

The drama didn’t end there. After a night of partying, Bieber was two hours late for his next performance, blaming the delay on technical difficulties. However, some insiders suggest the pop star was playing video games and refusing to get ready to perform. After complaints from parents of young children, many of whom took their kids home before Bieber even made an appearance, he replied via Twitter, “i was 40 min late to stage. there is no excuse for that and I apologize for anyone we upset. However it was great show and Im proud of that. (sic)” And, “i never have any intent to upset or let anyone down. and Im not okay with things being exaggerated. once again sorry for anyone upset. (sic)”

Just when the Biebs’ bad press seemed to hit rock bottom, he passed out during a show this past Thursday, was given oxygen and continued to perform (against doctor’s orders). He tweeted from the hospital, in his favourite outfit – shirtless (no wonder he’s sick), “Thanks for everyone pulling me thru tonight. Best fans in the world. Figuring out what happened.” Maybe his illness is linked to the many times we’ve seen him on the chilly streets of London sans hoodie.

Bieber apparently had some pep back in his step while leaving his hotel in Central London on Friday. After a heckling photographer, who clearly hasn’t brushed up on his geography lately, told him to “f–k off back to America,” Bieber yelled back, “What the f–k did you say? I’ll f–king beat the f–k out of you!”

Later, Bieber took to his Twitter to tame the situation, tweeting, “Sometimes when people [are] shoving cameras in your face all day and yelling the worst thing possible at [you] … well, I’m human.“ And “Rough week.”