Tiger chews up competition at Doral 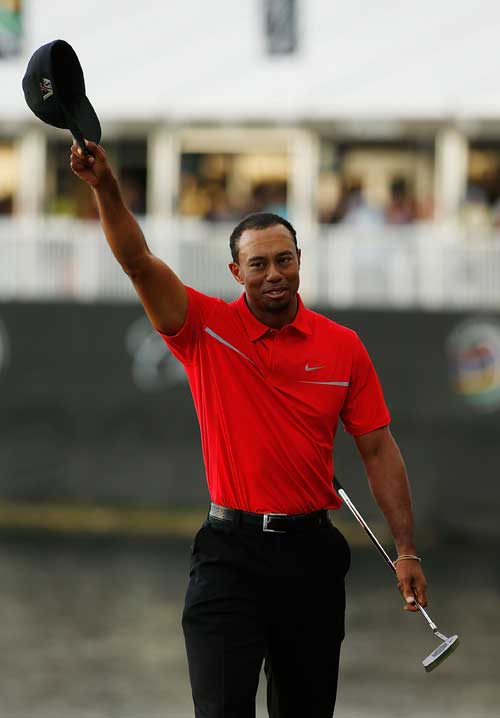 It was vintage Tiger. Cruising to a relatively easy win at the Cadillac Championship at Doral, Woods served notice that he’s at the top of his game. And with his favourite tournament, The Masters, coming up just around the corner, Woods is once again standing tall as the golfer to beat.

How things can change in twelve months. Last year at Doral, Woods could barely make his way around the course, slowed by tightness in his left Achilles tendon. Eventually, he was forced to withdraw because of the leg injury leaving golf fans wondering if they were witnessing the decline of the once-great golfer.

Fast forward to this year and those fears seem entirely unwarranted. Woods, now 37, coasted to a comfortable victory, carding a -19, good for a two-shot victory over Steve Stricker.

“That’s how I know I can play,” said a confident Woods. “That’s the thing. To be able to bring it out a couple times so far this year – and then be able to close and get the Ws on top of that – that’s nice.”

With this victory, Woods now has 76 career tour wins, trailing only the legendary Sam Snead, who retired with 82. More importantly, he has his sights set on Jack Nicklaus’ record for major golf championships. Nicklaus retired with 18. Tiger has 14 and is hoping to inch closer with a win at the Masters.