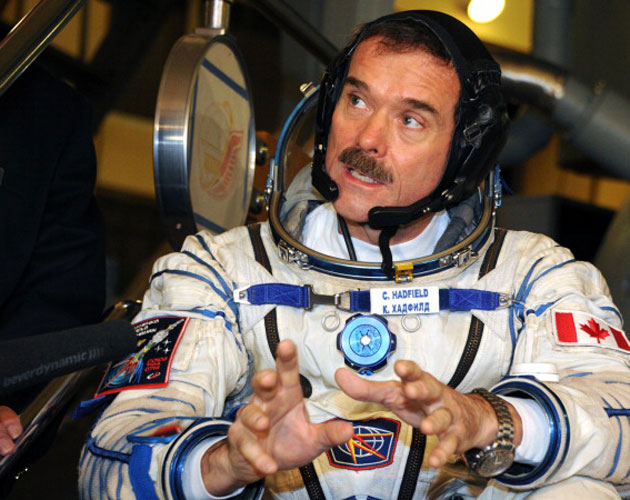 How many of us grew up saying, “I’m going to be an astronaut one day!” and then went on to fulfill other careers that didn’t involve orbiting space. After two decades as an astronaut and training since he was 14, Chris Hadfield is the first Canadian to take command of the International Space Station.

The ringing of a ceremonial bell marked the transfer.

Hadfield has embraced social media since his arrival in space on Dec. 21, 2012 by posting incredible photos of the world beneath him to Twitter, gaining 500,00 followers and the attention of Captain Kirk himself, William Shatner.