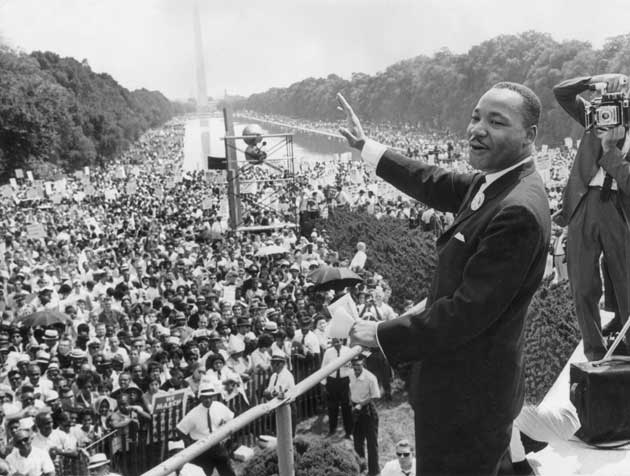 An excerpt from Martin Luther King Jr.’s “A Time to Break the Silence”:

“Well, I don’t know what will happen now. We’ve got some difficult days ahead. But it really doesn’t matter with me now, because I’ve been to the mountaintop. And I don’t mind. Like anybody, I would like to live a long life. Longevity has its place. But I’m not concerned about that now. I just want to do God’s will. And He’s allowed me to go up to the mountain. And I’ve looked over. And I’ve seen the Promised Land. I may not get there with you. But I want you to know tonight, that we, as a people, will get to the promised land!” – from Martin Luther King Jr.’s final speech, I’ve Been to the Mountaintop, given April 3, 1968, the day before he was assassinated.