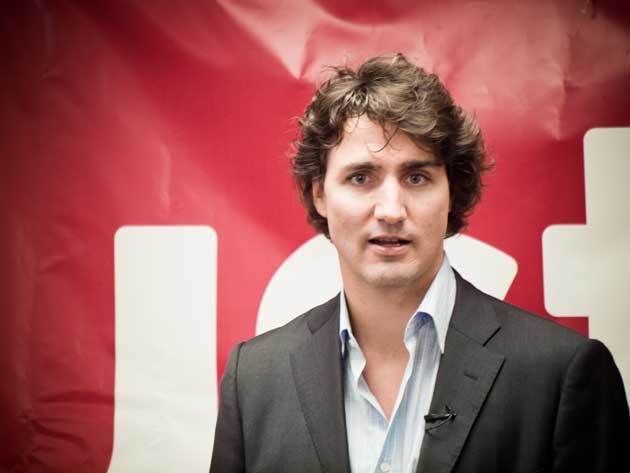 In what is likely to be more of a coronation than a convention, Justin Trudeau is set to assume control of the Liberal Party, as it holds its National Leadership Showcase starting on Saturday in Toronto.

Although a speech hasn’t been made or a vote cast (final numbers won’t be tallied until April 14) Trudeau, 41, has it all but locked up. Leadership hopefuls Martin Cauchon, Deborah Coyne, Martha Hall Findlay, Karen McCrimmon and Joyce Murray will dutifully present their case, but none of them will be able to slow down the Justin juggernaut.

Once Trudeau is in place, the Liberals will hope he brings the same winning karma to the party as his father Pierre did a generation ago.

But Justin’s path to 24 Sussex is by no means assured.

First, he must rebuild voter confidence in a party that through scandals and inept leadership was almost obliterated in the last election, reduced to only 35 seats. For Trudeau to overcome this, he will have to shore up support in Quebec and western Canada, never an easy task for a Liberal leader. Comments he made several years ago certainly won’t help his cause.  “Canada isn’t doing well right now because it’s Albertans who control our community and socio-democratic agenda. It doesn’t work,” he told a Quebec reporter.

But there are signs that Canadians might be looking for a fresh face. A recent Ipso Reid poll suggests that if an election were held today, more Canadians would vote for a Trudeau-led Liberal party than a Harper-led Conservatives.

While Trudeau can bask in Liberal glory of that poll and the Liberal event this week – which includes a tribute to Bob Rae – he’ll soon be out in the political arena, crossing swords with his Conservative and NDP opposition

The Conservatives, as usual, are said to be ready with attack ads that will likely portray Trudeau as inexperienced and opportunist. Unlike previous Liberal leaders, apparently Trudeau will launch a counter-strike of political ads against the Conservatives. Next election promises to be fun.