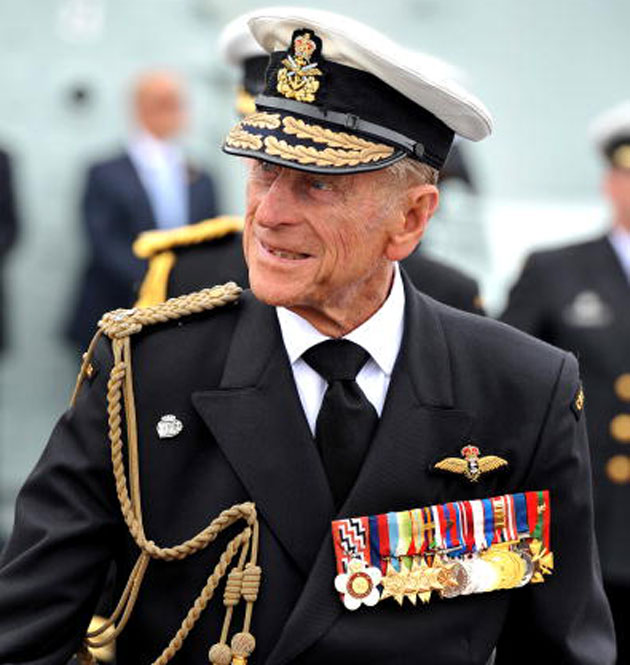 The Duke of Edinburgh in Naval uniform, aboard HMCS St John's, on June 29, 2010 in Halifax, Canada (Photo by John Stillwell - Pool/Getty Images)

Shoulders back, chin up. The Prince is coming! Prince Philip, that is, will be arriving in Toronto today. To the surprise of many, the Duke of Edinburgh, will be in town for a “private working visit” – sans his wife, the Queen – to commemorate the 200th anniversary of the Battle of York. He will be welcomed today by Governor-General David Johnston.

Considering his recent health woes, many royalists were thrown off by the news of a visit but since 1950, His Highness has made more than 70 visits and stopovers according to the CBC. The 91-year-old will be here for a quick 24-hour trip to present a new regimental colour to Petawawa-based Third Battalion of the Royal Canadian Regiment. He’s been Colonel-in-Chief since 1953.

Click here to read more about Prince Philip and his love affair with Canada.

Wondering how Prince Philip gets his stamina? Read our story on the Royal Secrets of Longevity.